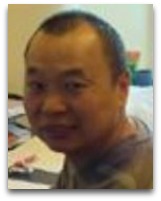 In economic thermodynamics, Jing Chen (c.1965-) is a Chinese-born, Canadian mathematician and thermodynamic economist noted for his publications in the field of thermoeconomics, in particular his views on entropy and its relation to areas such as sexual selection and the economic process. Chen began his research on the connection between thermodynamics and economics in the early 2000s. [1] His first book on this topic was the 2005 The Physical Foundation of Economics - an Analytical Thermodynamic Theory. [2] One of the more interesting points of Chen’s theories is his ideas on natural selection. In particular, Chen argues that the struggle to stay in low-entropy states is called natural selection. [7]

Overview
In overview, as discussed in his major work the Physical Foundations, using the second law of thermodynamics as a basis of logic, Chen argues that in representing life systems thermodynamically, human social systems included, that living systems need to extract low entropy from the environment to compensate for continuous dissipation and that this process can be represented mathematically by a log normal process containing a growth term and a dissipation term. On this basis, he postulates that the display of low entropy levels, such as the creation of works of art, athletic prowess, and wealth accumulation, among others, have evolved as a universal signal of attractiveness in the process of sexual selection.

The seeds of Chen's thermoeconomic logic, generally seems to follow the views of Romanian mathematician and economist Nicholas Georgescu-Roegen, as found in his 1971 magnum opus The Entropy Law and the Economic Process, which situated the view that according to the "entropy law" (a term he helped to popularize), usable "free energy" (coal being his example) tends to disperse or become lost in the form of "bound energy" (waste or pollution) and that this overall process governs economics. Chen also uses a blend of Shannon's information theory (1949), Ilya Progogine's non-equilibrium dissipative structures theory (1977), and a mixture of modern economic theory and mathematics. In short, Chen’s generalized theoretical point of view, which relies on the material entropy postulate, is that “social and biological systems, as open dissipative systems, need to extract low entropy from the environment to compensate for continuous dissipation.” [6]

(a) How general is the thermodynamic theory in understanding human behaviors?
(b) How is economic value related to thermodynamic value?
(c) Is it possible to develop an analytical theory of thermodynamic foundation of economics?

Universal law and universal human behavior
One of Chen's first papers, among many to follow, on the relationship between entropy and human life was the 2002 "Universal Law and Universal Human Behavior." [3] In this paper, Chen states that people generally agree that life processes are thermodynamic processes and that the "lower" needs of human beings, such as eating, are thermodynamic processes. But the "higher" needs, such as literature, arts, are seen as beyond the working of the entropy law (the second law of thermodynamics). However, according to Chen, good poems and distinct piece of paintings are rare events, characterized by high information content, which represents low entropy level.

This logic, to note, is similar to Stephen Hawking who in his 1996 A Brief History of Time, argues that by reading a good poem or book, in the process, one is lowering the entropy content of their central nervous system via the increase of neuronal order in the storage of information. [4] Thus as intelligence, such as in information storage and processing qualities related to one's economic function, is a desired mate selection quality, Hawking was connecting mate selection to thermodynamics.

Thus, similar to Hawking, Chen notes that the developments in cognitive sciences reveal that the "higher" needs of human beings are methods of attracting members of the opposite sex in the competition for reproduction, or sexual selection. Organisms have evolved the ability to reproduce sexually for about one billion years. In conclusion, Chen reasons that since the second law of thermodynamics, which states that closed systems tend towards states of higher entropy, is the most universal law of the nature, it is natural that the display of low entropy levels evolves as the universal signal of attractiveness in sexual and social communication. From poem writing to money making, the pursuit of low entropy is the main drive of human behavior. This common understanding of animal and human behavior will allow us to utilize the insights developed from different disciplines systematically. [4] Here we see excellent insight.