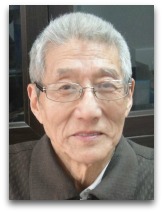 Overview
In 2002, Wang, in his Nonequilibrium Nondissipative Thermodynamics: with Application to Low-Pressure Diamond Synthesis, concludes with an end chapter section entitled “Modern Thermodynamics in Social Science and Philosophy”, in which he states: [1]

“Modern thermodynamics in macroscopic region (but not for the universe) may be ‘the only physical theory of universal content’, as Einstein said, so it should be used not only for the natural sciences but also for the social sciences and even philosophy. Many economic and social activities are subordinate to statistical rules and therefore also to thermodynamic rules. Any substantial progress in thermodynamics might affect social science. For instance, an equilibrium state has been regarded as an ideal state for getting the highest efficiency for energy transformation, but in any equilibrium state there is not macroscopic process run. Based on modern thermodynamics mentioned in this book, the nondissipative state is of more extended meaning than the equilibrium state. In an ideal nonequilibrium state, macroscopic process(es) might still be going on without any free energy dissipation, i.e., with the highest efficiency. If such a basic new idea were widely accepted that will promote human society developing with higher efficiency.”

Wang goes on to conclude that this is why modern thermodynamics is important for evolution, social development, and emerging science and technology. Wang seems to have been drawn into his interest in thermodynamics via his diamond synthesis research; this can be gleamed from the abstract from his 2002 book:

“Since the success of the activated process in 1970, diamond growth with simultaneous graphite etching under low pressure has often been regarded as a violation of the second law of thermodynamics. A series of nonequilibrium phase diagrams, which agree excellently with the activated diamond experiments, have been calculated by the author and his coworkers on the basis of reaction coupling. The book goes on to demonstrate how these lead to a complete new systematization of modern thermodynamics, [and thus] provides a framework for analysing complex systems for which classical thermodynamics is often not applicable.”

Affinity
In his 2011 Modern Thermodynamics: Based on the Extended Carnot Theorem, citing Theophile de Donder, Wang gives a fairly cogent overview of the relation between affinity A, driving force D, Gibbs free energy change ΔG, and chemical potential, as follows: [2]

Education
Wang completed his BS in organic chemistry in 1955; from 1958 to 1962, he was a professor in the physics department with the Institute of Polymer Science and Research Group, from 1969 to 1979, he was engaged in research and teaching in the materials science department; from 1989 to 1998, he was with the electronic engineering department; since 1990, he has been engaged in the study of modern thermodynamics, with focus on the second law, all at Fudan University. He currently is professor emeritus. [3]

“From the mathematical expression of thermodynamic coupling, i.e. [diS1<0, diS2>0 & diS⩾0], another natural rule, dissipation (or entropy production) decrease theorem, can be obtained. That is, in complex systems, spontaneous irreversible process does always incline to utilize any useful energy in the form of transformation or storage into nonspontaneous process, i.e. negative entropy production process. The framework of applicability of this theorem is just the same as that of modern thermodynamics, including nondissipative thermodynamics, linear and nonlinear dissipative thermodynamics for complex (coupling) systems. We can also say that this theorem is a generalized applicable theorem, but in simple systems nonspontaneous process could not form, because the systems are too simple. For instance, in a system composed of A and B gas mixture, heat conduction may cause a nonspontaneous diffusion against the concentration gradient; but in a gas of single molecule, heat conduction could not form a nonspontaneous diffusion. In fact, this theorem is the thermodynamic basis and guidance for biological evolution in nature. The energy transformation efficiency in living bodies is often very high, and that is the result of the continuous complication and the continuous evolution. Therefore, this theorem is of deep academic significance, and is a basic principle which should be followed in social science, progresses of science and technology, and development of society. It is not the case that the dissipation decrease theorem has not been found until now, because in Onsager’s famous article (1931) “Lord Rayleigh’s ‘principle of the least dissipation of energy’” was mentioned.”