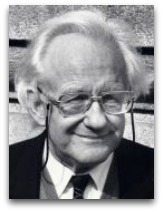 In sociological thermodynamics, Johan Galtung (1930-) (CR:12) is a Norwegian sociologist noted for his 1967 Theories of Peace: a Synthetic Approach to Peace Thinking, which presents the results of a year-long funded project to develop an “entropy/energy theory of peace”, done for United Nations Education, Scientific and Cultural Organizations (UNESCO), from 1966 to 1967, under a contract with the International Peace Research Association (IPRA), the last chapter of which, namely “Entropy and the General Theory of Peace”, was presented at the 1967 IPRA general conference in Tallberg, Sweden, wherein he employs a mixture of thermodynamics, as defined by Mark Zemansky, and information theory ideas about entropy, such as high entropy, low entropy, entropy as order or disorder. [4]

Chemical metaphor
Galtung, recently (2013), has been grouped with Libb Thims, i.e. Human Chemistry (2007) and "On the Nature of the Human Chemical Bond" (2005), as being one of the early “chemical metaphor” theorists, specifically for his 1977 “Chemical Structure and Social Structure: an Essay on Structuralism”. [5]

Entropy dynamics
The following is an example quote from Galtung's 1967 dynamics of entropy section: [4]

“Let us now bring in time and ask the crucial question: can any long time tendency be posited, using entropy as the basic variable? Does the world move towards higher or lower entropy in general? We shall try to show that any such uni-directional theory is bound to fail because of the strong forces operating both at the high entropy and the low entropy levels, tending to push the systems back when they have moved too far out on either extreme. In other words, we shall argue that there are considerable merits to a pendulum theory, where social systems are seen as oscillating between states of low and high entropy.”

The following is Galtung’s table 5.6.1, a type of human thermodynamics variables table, captioned as a survey of push and pull forces, in systems of low and high entropy, at the personal and social levels:

He also attempts to explain peace and conflict are using conceptions such as conflict energy, conflict transformation, actor entropy, and interaction entropy; the two entropy types which supposedly can be used to derive a large number of peace models. [1]

Galtung postulates that macro-conflicts, such as war between nations, will occur when entropy level is low, while micro-conflicts, such as cognitive dissonance, will occur when the entropy level is high. [2] Entropy, for Galtung, refers to a condition of messiness or disorder but not in a pejorative sense; the incapacity of a system to crystallize or establish order permits, for instance, greater complexity and diversity, thus acting to mitigate the reification of violent structures. [3]

Oscillating social systems
In contrast to the general view that social systems always tend towards maximum entropy, Galtung argues that strong forces exist to push the system away from either extreme low states of entropy or maximum states, such that systems tend to oscillate between high and low entropy states. [2]