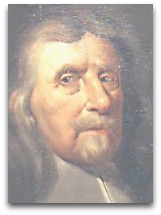 Overview
In 1654, Otto Guericke, at the Imperial Assembly at Regensburg, demonstrated his new vacuum-making device (vacuum pump / air pump), to a number of people. Shortly thereafter, Schonborn heard about these experiments, and requested that Guericke make one for him.

In 1663, Schonborn acquired a vacuum pump from Guericke, which supposedly was Guericke’s “final design” of his various air pump design improvements.

Schonborn is said to have bought it and brought the pump to his house, and supposedly had Gaspar Schott test it out. [1]

Schonborn’s pump is the oldest surviving pump, and is not kept in the Deutsches Museum in Munich. The following table, made by Anne Helden (1991), of the Boerhaave Museum in Leiden, shows the extant air pumps: [2] 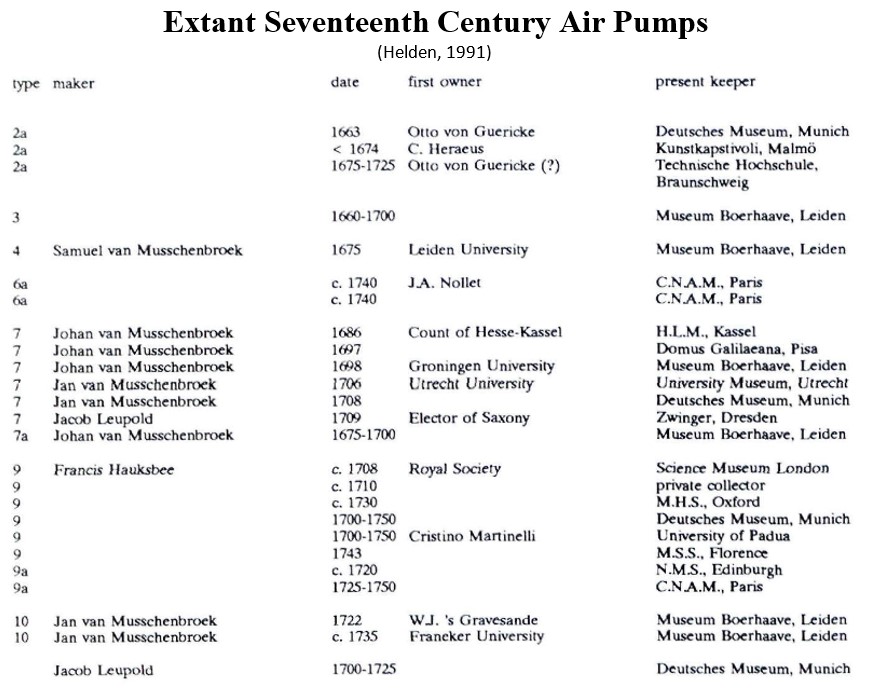 Quotes | On
The following are quotes on Schonborn:

“At the Imperial Assembly held at Regensburg, in 1654, where I had been sent on municipal business, some enthusiasts for scientific matters heard something about these experiments and pressed me to give a demonstration. The person most taken by them was Johann Philipp, Archbishop of Mainz and Bishop of Wurzburg, who prevailed upon me to send him the apparatus that I had brought with me to Regensburg and he then had it taken to Wurzburg.”