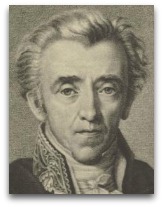 In biographies, Johann Cotta (1761-1837) was a German publisher noted for being the main publishing outlet for the work of German polymath Johann Goethe. Cotta paid Goethe 2,000 taler for his Elective Affinities. [2]

which translates loosely as:

“There are many things put into it, with which I hope to invite the reader back for repeated viewing.”

American Goethean scholar Astrida Tantillo, translates this, to the effect that: “Goethe wrote that much is hidden within the novel and hoped that this aspect would spur readers to read and reread it.” [3]

Goethean philosopher John Armstrong argues that “advertisement” approach (see: Goethe's advertisement) was used being that the Cotta feared or anticipated attack, and he was thus employing the advert as a neutralizing deflection. [4]