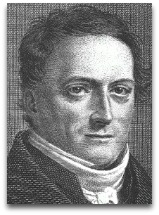 In 1798, German philosopher and classical scholar Friedrich Forberg (1770-1848), in his essay "Development of the Concept of Religion", published in his Philosophical Journal, argued that unbelievers could be moral if they act as if an all-seeing and punishing god exists. [1]
Fichte, in response to this, published the essay "On the Ground of Our Belief in a Divine World-Governance", wherein he attempted to sketch some of his preliminary ideas on philosophy of religion formulated within his “doctrine of science” (Wissenshaftslehre), which characterized god as the living moral order of the world. [2]

Fichte’s essay provoked the publication of an anonymous essay that accused both Fichte and Forberg of atheism and called for Fichte's dismissal from his post at the University of Jena. German authorities later suppressed the original essay as well as threatened the University of Jena itself with preventing enrollment

Fichte launched a public campaign of defense that included his threat to resign his position at the University of Jena if he were subjected to any government reprimand. Fichte was forced to make good this threat when his work was censured, and he was forced to flee Berlin.

In 1799, Friedrich Jacobi (1743-1819), a noted (Ѻ) Lessing commentator, in his famous “Open Letter to Fichte”, originally penned as a personal communication to Fichte, introduced the term “nihilism” into public philosophical discourse as follows: [4]

“Since outside of the mechanism of nature, I come across nothing but miracles, mysteries, and signs and have a terrible aversion to ‘nothingness’, the absolutely indefinite, the utterly empty (these three are one, the Platonic infinite!), particularly as the object of philosophy or goal of wisdom; but in the investigation of the mechanism of the nature of the ego as well as that of the non-ego, reach nothing but ‘nothing-in-itself’ and am so tainted, struck, and exhausted by it in my transcendental essence (personally, so to speak), that in order to empty out the infinite, I even must want to fill it up, as an infinite ‘nothingness’, a purely totally ‘in-and-of-itself’, were it only not impossible! Since, I say, that is the way it is with me and the science of the true, or more accurately, the true science; I therefore do not see why I, for reasons of good taste, should not be allowed to prefer my ‘philosophy of not-knowing’ to the ‘philosophical knowing of nothing’, even it were only in fugam vacui (void flight or avoiding the void). I have nothing against me but ‘nothingness’; and with that, even chimeras can probably compete.

Truly, my dear Fichte, it should not vex me if you, or whoever it might be, want to call what I contrast to idealism, what I chide as nihilism, chimerism. I have made a display of my ‘not-knowing’ in all of my writings; I have so boasted of being unknowledgeable with knowledge, completely and extensively to such a high degree, that I should be allowed to despise the mere doubter. With earnestness and fervor I have strived from childhood on for truth as have few, have experienced my incapacity as have few, and my heart has thereby become tender—oh, very tender, my dear Fichte, and my voice so gentle! Just as I, as a human being, have a deep sympathy with myself, so I have it with others. I am patient without effort; but that I am truthful without effort costs me a lot. The earth will be light above me— before long.”

Jacobi’s use of the terms “nihilism” or chimerical nihilism, here, meaning "philosophical nothingness" or the "philosophical knowing of nothing", were later picked up by his friend Friedrich Koppen, and thereafter into public discourse; the following are a few comments on this etymology:

“Although on good personal terms with Fichte, Friedrich Jacobi was nevertheless the most severe critic of Fichte's systematic tendency and his attempt to construct a completed system of reason. Absolute reason, in the last analysis, was nothing but atheism for Jacobi, and the endeavor of Fichte's science of knowledge was so alien and repugnant to him that a conflict between the two philosophers was unavoidable. Whereas this controversy was conducted in the manner of a mutually respectful dissent, however, Hegel's excessive polemics led to the result that the entirety of transcendental idealism fell under the indictment of ‘nihilism’ and Jacobi's formerly more technical usage of the term assumed the caustic and aggressive nuance which it has since kept.”

“The scientific discourse about god results in the death of god, a purely ‘logical enthusiasm’, and has no other consequence but nihilism. Inverting the real into the ideal, the basic action of reason, marks the beginning of the ‘philosophy of absolute nothingness’, and the idea of an absolute centrifugal and centripetal movement as practiced by Fichte suggested to Jacobi only a movement out of nothing, to nothing, for nothing, and into nothing.”

“One of them, by Jacobi's friend Friedrich Koppen, maligned Schelling's doctrine as the ‘philosophy of absolute no-thing-ness’— a claim certainly derived from Jacobi's term nihilism: a philosophy which lays claim on all and everything, like Schelling's system of identity, necessarily results in absolute nihilism. When Jacobi offered his response to Hegel's attack in three open letters to Koppen, and Koppen included them as an appendix in his book, Jacobi certainly contributed to the eschatological nuance in the term nihilism noticeable throughout the nineteenth century and culminating in Nietzsche.”

This blurry nuanced use of the term “nihilism” eventually culminating, in the 1880s, in the writings of Friedrich Nietzsche.

— Ludwig Feuerbach (1841), The Essence of Christianity

“The kind of romantic idealism represented by, e.g. Arthur Schopenhauer, which Helmholtz particularly detested and which his arch-foe Zollner ardently embrace, should be distinguished from idealism considered as the antithesis to materialism. Helmholtz never embraced materialism, and he may have been strongly influenced by the non-romantic idealism developed by Fichte. Schopenhauer’s philosophy powerfully antagonized many physicists associated with Helmholtz. Years later, in 1906, Boltzmann, to cite one example, nearly entitled a talk ‘Demonstration, that Schopenhauer was a Mindless, Ignorant, Spreader of Nonsense’.”