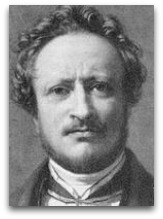 In hmolscience, Johannes Muller (1801-1858) was a German physiologist noted, human thermodynamic, for his adherence to vitalism theory, and particularly for a number of noted students who worked in his laboratory, namely Ernst Haeckel, Hermann Helmholtz, etc., and secondary students, e.g. Oswald Kulpe (via Wilhelm Wundt), who all adopted the energy view of animal and human function over that of vitalism view.

Evolution
Muller explained to Richard Owen that life had a special "organizing energy" that controlled evolution. Owen, in turn, expressed these views to Charles Darwin in their 1840s discussions on evolutionary theory. [3]

Helmholtz school | Reaction against vitalism
During the years 1838 to 1842, German physicians Ernst Brücke, Herman Helmholtz, and Emil Du Bois-Reymond worked in Muller laboratory. In opposition to Muller’s adherence to the principle of vitalism, a doctrine that the functions of a living organism are due to a vital principle distinct from physiochemical forces, the three of them, in the words of Du Bois-Reymond, formulated a desire to validate the basic truth that: [1]

“In an organism no other forces have effect than the common physio-chemical ones.”

This force or kraft, as it is called in German, soon later became synonymous with the newly forming concept of energy.

Psychodynamics | Helmholtz-Brucke precipitate
This concept was soon carried over into psychology by Austrian psychologist Sigmund Freud, Brücke’s medical school student, and later by Freud’s protégé Swiss psychologist Carl Jung. One of the first to explicitly define the concept of psychic energy, according to Jung, was Russian psychologist Nicolas von Grot, who in 1898 stated: [2]


Others, such as Oswald Kulpe, were a precipitate of this school