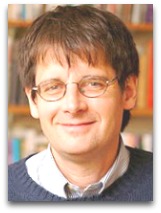 In existographies, John Foster (1953-) (CR:4) is an American sociologist, focused on political economy of capitalism, ecological economics, and Marxism, noted for []

Overview
In 1994, Foster, along with Peter Burley, edited Economics and Thermodynamics: New Perspectives on Economic Analysis, wherein John Christie’s “A Survey of Thermodynamical Ideas” was published along with is “island model”. [1]

In 1999, Foster, in his Marx’s Ecology: Materialism and Nature, digressed on the ideas of Karl Marx in respect to Epicurus and materialism. [4]

In 2006, Foster, and Peter Burley, in their “Metabolism, Energy, and Entropy in Marx’s Critique of Political Economy: Beyond the Podolinsky Myth”, digressed on Marxism in the context of ecological economics, in respect to the energetics and thermodynamical ideas of Sergei Podolinsky. [2]

In 2008, Foster and Burley, in their “Classical Marxism and the Second Law of Thermodynamics: Marx/Engels, the Heat Death of the Universe Hypothesis, and the Origins of Ecological Economics”, digressed on the oft-stated fact that Friedrich Engels and Karl Marx rejected the second law of thermodynamics, particularly in respect to the heat death implications to ecological economics. [3]

Quotes | On
The following are quotes on Foster:

“Paul Burkett and John Foster (2006) made a great contribution in producing a well-researched vindication of a thermodynamic interpretation of Marx, and if we read Marx thermodynamically, this opens up fascinating new doors to a different conceptual world. The capitalists are trying to expand the quantity of work, and work is a thermodynamic process which capitalism is harnessing. So far so good. The problem, however, is that the Burkett and Foster analysis produces a somewhat mechanistic version of this process. The key weakness is a failure to realise that thermodynamics is not the whole of systems theory: we also have to understand the principle of emergence and the crucial role of information. Capitalism controls information, and its disempowerment of the workforce at the level of knowledge is an absolutely fundamental condition for controlling ‘work’. In fact, in the pre-capitalist situation ‘work’ was inseparable not only from individual knowledge (properties of plants, craft-skills) but from a social and institutional dimension (gender roles, regimes for the collective management not just of physical resources but skills). The destruction of this autonomous sphere was from the beginning fundamental to the rise of capitalism, a reality of which a narrow, purely thermodynamic reading would remain ignorant.”