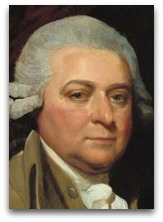 “What are the proofs, the characteristics of genius? — Answer invention of (a system) new systems or combinations of old ideas.

1. The man, who has a faculty of inventing and combining into one machine, or system, for the execution of some purpose and accomplishment of some end, a great number and variety of wheels, levers, pullies, ropes, etc., has a great ‘mechanical genius’. And the proofs of his genius (unless it happens by mere luck) will be proportionably to the number, and variety of movements, the nice connection of them, and the efficacy of the entire machine to answer its end. The last, I think at present, ought to be considered in [estimating?] any genius. For although genius may be shown in the invention of a complicated machine, which may be useless, or too expensive, for the end proposed, yet one of the most difficult points is to contrive the machine in such a manner, as to shorten, facilitate, and cheapen, any manufacture, etc. For to this end a man will be obliged to revolve in his mind perhaps a hundred machines, which are possible but too unwieldy or expensive, and to select from all of them, one, which will answer the purposes mentioned.

2. The man who has a faculty of feigning (a great number, and variety of characters, actions, events, etc.) and combining into one regular, correct, consistent plan or story, a great number and variety of characters, actions, events, etc. has a great ‘poetical genius’. And the proofs of his genius are in proportion to the variety, consistency and number of his characters, actions and events; and to the nice connection and dependence of these upon each other through a whole poem. And these proofs have been given in a surprising degree by Milton and Shakespeare, Homer, Virgil, etc. Milton has feigned the characters of arch angels and devils, of sin, death, etc., out of his own creative imagination and has adjusted, with great sagacity, every action and event in his whole poem to these characters.

3. The man, who has a faculty of inventing experiments and [reasoning?] on them [means?] of starting new experiments from that reasoning, and on these experiments forming new reasonings till he reduces all his experiments, all his phenomena, to general laws and rules, and combines those rules to an orderly [and regular dependence on each other, through the whole system, has a great ‘philosophic genius’.

4. The man who has a faculty of considering all the faculties and properties of human nature, as the senses, passions, reason, imagination and faith, and of (combining) classing all these into order, into rules, for the conduct of private life, has a great ‘moral genius’ (genius in morality).

5. He who has a faculty of combining all these into rules, for the government of society, to procure peace, plenty, liberty, has a great ‘political genius’.

Thus order, method, system, connection, plan, or whatever you call it, is the greatest proof of genius, next to invention of new wheels, characters, experiments, rules, laws, which is perhaps the first and greatest.

Query. Does not the word invention express both these faculties, of inventing wheels &c. and putting them in order.
Query. May not genius be shown in arranging a man’s diet, exercise, sleep, reading, reflection, writing, etc., in the best order and proportion, for his improvement in knowledge?

These are but vague, general, indeterminate reflections. I have not patience to pursue every particular attentively. But, this patience’ (is the greatest attainment) or a great superiority to a man’s own unsteadiness, is perhaps one of the greatest marks of genius. inattention, wandering, unconnected thoughts, are the opposites to this patience.”

Adams family
John Adams was patriarch of the so-called Adams family (or Adams political family): his son, John Quincy Adams, was 6th president, and his great grandson was Henry Adams, the leading social Newton, behind Goethe.

Jefferson
John Adams was a close intellectual associate of Thomas Jefferson; the following are noted segments of correspondence:

“This would be the best of all possible worlds, if there were no religion in it.”

“I feel: therefore I exist. I feel bodies which are not myself: there are other existences then. I call them matter. I feel them changing place. This gives me motion. Where there is an absence of matter, I call it void, or nothing, or immaterial space. On the basis of sensation, of matter and motion, we may erect the fabric of all the certainties we can have or need.”

“We think ourselves possessed, or, at least, we boast that we are so, of liberty of conscience on all subjects. Yet, how far are we from these exalted privileges in fact! There exists, I believe, throughout the whole Christian world, a law which makes it blasphemy to deny our doubt the divine inspiration of all the books of the Old and New Testaments, from Genesis to Revelation. Who would run the risk of translating Dupuis?”

Last words
Both Adams and Jefferson, by curious incidence, "ceased to exist", as Jefferson would say, within 4 to 5 hours of each other; the following are the last words of John Adams (age 90):

Adams, when he said these words, was unaware, that Jefferson had ceased to exist 4 to 5 hours earlier.

Quotes | By
The following are noted Adams’ quotes:

“Let us dare to read, think, speak and write.”

“There are two types of education… One should teach us how to make a living, and the other how to live.”

“The United States of America have exhibited, perhaps, the first example of governments erected on the simple principles of nature. In the formation of the American governments, it will never be pretended that any persons employed in that service had interviews with the gods, or were in any degree under the influence of heaven. These governments were contrived merely by the use of reason and the senses.”

— John Adams (1788), A Defense of the Constitutions of Government of the United States of America

“The divinity of Jesus is made a convenient cover for absurdity.”

“The government of the United States is not in any sense founded on the Christian religion.”

“Let the human mind loose. It must be loose. It will be loose. Superstition and dogmatism cannot confine it.”

“Twenty times, in the course of my late reading, have I been on the point of breaking out, 'This would be the best of all possible worlds, if there were no religion in it!' But in this exclamation I should have been as fanatical as Bryant or Cleverly [minister and tutor to Adams's son]. Without religion, this world would be something not fit to be mentioned in polite company, I mean hell. .. . The most abandoned scoundrel that ever existed, never yet wholly extinguished his conscience, and while conscience remains there is some religion. Popes, Jesuits and Sorbonists and inquisitors have some conscience and some religion.”

“There exists, I believe, throughout the whole Christian world, a law which makes it blasphemy to deny or doubt the divine inspiration of all the books of the Old and New Testaments, from Genesis to Revelations. In most countries of Europe it is punished by fire at the stake, or the rack, or the wheel. In England itself, it is punished by boring through the tongue with a red-hot poker. In America it is not better; even in our own Massachusetts, which I believe, upon the whole, is as temperate and moderate in religious zeal as most of the states, a law was made in the latter end of the last century, repealing the cruel punishments of the former laws, but substituting fine and imprisonment upon all those blasphemers upon any book of the Old Testament or New. Now, what free inquiry, when a writer must surely encounter the risk of fine or imprisonment for adducing any argument for investigating the divine authority of those books?”