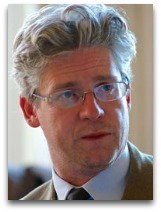 In hmolscience, John Armstrong (1966-) (CR=6) is a British Goethean scholar and philosopher noted for his 2006 Love, Life, Goethe, wherein he touches on a number of areas, such as Goethe’s advertisement, the Goethe and Napoleon meeting, Elective Affinities, aspects of Goethe’s affinity table, Goethe’s mid 1808 (see: Goethe timeline) draft story “The Renouncers”, about a hero simultaneously in love with four women (see: Goethe love thought experiment), Goethe pronunciation issues, among others topics of interest. [1]

Overview
In 2013, Armstrong, in his “On Goethe” University of Melbourne Key Thinkers seminar, elaborated on how he got involved in the business of being a Goethean scholar, during which he explains how a 1932 centenary address by Thomas Mann, given in the house of Goethe, in Frankfurt, about how he “can only speak of Goethe in terms of love”, which exited Armstrong, which he elaborates on as follows:

“Mann saying how he ‘can only speak of Goethe in terms of love’ was a moment of tremendous intellectual hope: that you could love a great thinker, not merely be intellectually interested, [but] the quality of relationship could be marked by emotion, by friendship, by a feeling of closeness and longing, not just as it were the cold principles of reason; and it was really that, that illuminated for me what I wanted from intellectual life. I wanted to find thinkers and ideas that I could love. In thinking about why does one want to get to know the work of a figure like Goethe? For me the beginnings were really a feeling of loneliness, of encountering an intellectual world where there seemed to be a lot of very clever people, but where I didn’t really fell that I was being spoken to as an individual. And the appeal of Goethe was that here was someone with whom I could make friends.”