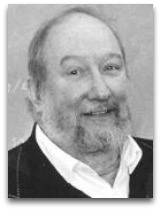 In existographies, John Scales Avery (1933-) (CR:38) is a Lebanese-born Danish theoretical chemist and physicist, noted for []

Overview
In 1960 to 1961, Avery worked, during the summers, with Albert Szent-Gyorgyi, during which time Szent-Gyorgyi was interested in the following problem, as summarized by Avery (2017): [5]

“Szent-Györgyi wondered how the chemical energy from food is harnessed to do mechanical work or to drive our metabolisms. He reasoned that there must be structures in living organisms which are analogous to the structures of engines. If you pour gasoline onto the street and set fire to it, no useful work results, only heat, but if you burn it inside an engine, the chemical energy of the gasoline can be converted into useful mechanical work. Following this line of thought, Szent-Györgyi looked for energy-transducing structures in the tissues of living organisms.”

After which, Szent-Gyorgyi spent a year at the Institute for Advanced Study, Princeton, so to learn about quantum theory in respect to mitochondria, in regards to how the energy of photons is stabilized and trapped, and ready to drive the synthesis of sugars.

In 1969, Avery, after completing his PhD in theoretical chemistry, at Imperial College London, was asked, supposedly per suggestion of Szent-Gyorgyi, to become the managing editor of The Journal of Bioenergetics and Biomembranes, wherein he published the works of Peter Mitchell and Jens Skou, whose ideas were getting rejected by other journals.

In 1973, Avery moved to the University of Copenhagen, wherein he taught course on “Statistical Mechanics from the Standpoint of Information Theory”, initiated by Kund Anderson, and taught physical chemistry to biologists, and also a course on “Science and Society”. Two lecturers from at this course probed Avery into book writing; he explains as follows:

“One of the features of my Science and Society course was that we had many exciting guest lecturers. Among these were Dr. Claus Emmeche and Dr. Luis Emilio Bruni, both of whom were experts in the new field of Biosemiotics, which regards information as the central feature of living organisms. Listening to their wonderful lectures, I found a criticism forming in my mind: They did not distinguish between cybernetic information and thermodynamic information. In other words, they did not distinguish between the information contained in messages, and the information content of Gibbs free energy. I decided that I would try to write a book which would make this distinction clear, but the project was left “on the back burner”, and I too no steps towards starting it.”

Here, of note, we see Avery venturing into his own peculiar model of the “information content of Gibbs free energy”, supposedly of the sunlight and DNA manner of thinking, as contrasted with “cybernetic information”, supposedly of the Leon Brillouin and Claude Shannon variety. A few years later, during lunch with Anita Goel, a chemical physics PhD-MD student, her questions prompted him into getting the book outline down; the gist of which he explains ad follows:

“I also have a fascination for the second law of thermodynamics, and how it affects every aspect of our life. You’ve wonderfully connected the evolution of life and the second law of thermodynamics. Can you explain briefly for CC readers how both these phenomena are connected? The second law of thermodynamics states the the entropy (disorder) of the universe constantly increases. This follows from the fact that disorder is more statistically probable than order. For example, if we put a completed jigsaw puzzle into the bottom of a box, and shake the box, a disordered jumble of pieces results. The reverse process is virtually impossible. We could never, or almost never, put disordered pieces of a puzzle into a box, shake it, and then to find the completed puzzle in the bottom,

Since disorder (entropy) always increases, how is it possible that the world we see around us so highly ordered? How is life possible? How is the Taj Mahal possible? How is the internet possible? The answer is that the earth is not a closed system. A flood of information-containing free energy reaches the earth’s biosphere in the form of sunlight. Passing through the metabolic pathways of living organisms, this information keeps the organisms far away from thermodynamic equilibrium, which is death. As the thermodynamic information flows through the biosphere, much of it is degraded to heat, but part is converted into cybernetic information and preserved in the intricate structures which are characteristic of life. The principle of natural selection ensures that when this happens, the configurations of matter in living organisms constantly increase in complexity, refinement and statistical improbability. This is the process which we call evolution, or in the case of human society, progress.”

Free energy
In order to explain the seeming contradiction between the second law, i.e. that closed ideal gas phase systems tend towards disorder, and the high degree of order and complexity produced by living systems, Avery argues that this paradox has its resolution in the information content of the Gibbs free energy that enters the biosphere from outside sources. [1]

A notable aspect of Avery's book is his discussion of Neumann automaton theory in terms of free energy. [3]

Other
In 2006, Avery was a peer-reviewer for American electrochemical engineer Libb Thims' 2007-published Human Chemistry manuscript, about which Avery suggested to Thims, as discussed in the section on "Human Molecular Dynamics", that 26-element human molecules (people), similar to smaller 6-element protein molecules, are "drawn along paths that minimize the Gibbs free energy of the system." [4]

Quotes | Employed
The following are quotes employed by Avery:

“The principle of life will hereafter be shown to be part or consequence of some general law.”