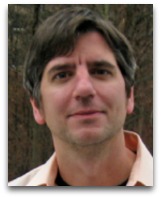 In 2011, Bruni did an entry on thermodynamics, in the The Routledge Companion to Literature and Science, wherein he touched on the works of those including: Ira Livingston, Charles Baudelaire, Gustave Flaubert, H.G. Wells, Bruce Clarke, Yevgeny Zamyatin, D.H. Lawrence, Isaac Asimov; the end of the article, however, seems to drift off into a general treatise on thermodynamics, evolution, and life, e.g. discussing the works of Erwin Schrodinger, David Depew, Bruce Weber, Eric Schneider, among others. [1]

Education
Bruni completed his BA at the University of Rochester, his MA in 1995 with a thesis on “Computer-generated Writing, Chaos Theory, and Contemporary Text” at Villanova University, and his PhD in 2003 with a dissertation on “Making the Fittest Culture: Social Darwinism and American Naturalist Writing at the Turn of the Twentieth Century” at the University of Kansas. Currently, Bruni is a professor of American literature at Grand Valley State University, Michigan. His research interests include: 20th-century U.S. literature and film, ecocriticism, evolution and thermodynamics, cybernetics, animal studies.