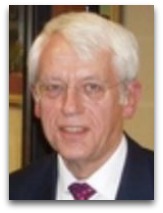 Overview
In 1974, Bryant began to publish papers on the nature of equilibrium and thermodynamics in relation to economics. [1]

In 1982, Bryant published “A Thermodynamic Approach to Economics”, in which he argued that “economic value” is equivalent to “energy value”, that there exist economic equivalents to the first and second law of thermodynamics, and that inflation is a function of “net cycle entropy gain”. [2]

In 2009, Bryant published Thermoeconomics: A Thermodynamic Approach to Economics (now in an updated second addition 2011), on the subject of thermoeconomics, the gist of which being based on the so-called "letter rhyming derivation method". [4]

In his Thermoeconomics, Bryant cites those including: Paul Samuelson (1947), who applied Le Chatelier’s principle in economics, Johannes Lisman (1949), who saw a similarity between money and entropy, George Pikler (1954), who highlighted connections between temperature and velocity of circulation of money, John Proops (1985), on general analogies between thermodynamics and economics, and Fritz Sollner (1997), who argues that there is no direct link between thermodynamic properties and the characteristics of economic systems, and that all attempts in this direction to produce economically interesting results have been failures, among others.

Education
Bryant has a BS in mechanical engineering and an MS in management studies. [3]