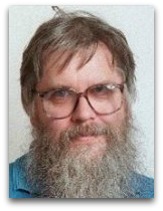 In existographies, John Robert Christie (1947-) (CR:7) is an Australian physical chemist and chemical thermodynamicist noted, in economic thermodynamics, for his 1994 human free energy theory application of thermodynamics to economics, in the form of an "island model" economic system.

Overview
In 1994, Christie, in his "A Survey of Thermodynamical Ideas", builds on the work of John Neumann (1932) and discusses how microcanonical ensembles can be used to formulate economic analogies, specifically using the "island model" of a small number of inhabitants, in which goods are traded, resulting in a microstate currency distribution; how social equilibrium relates to Gibbs free energy; how coupling and time scales may play a role, etc., in economic processes. [1]

In 2010, Christie gave his opinion as to applying physical science methods to the humanities as follows: [2]

“I am personally very skeptical about any attempt to develop a physical sciences type model to "explain" or even to accurately describe human interactions, even on the level of statistics across large populations. I think that a lot of the rich, important, and influential detail is inevitably lost—a strong leader, a wildly irrational choice at a crucial point, the power of tribalism that is sometimes all-dominating, or sometimes almost totally suppressed, for no obvious reason.”

Curiously, this 2010 view seems to contradict his earlier 1994 views.

Education
Christie completed his BS in 1967 and PhD in 1970 at the Australian National University; was a research fellow at the University College London from 1970 to 1973; a lecturer at La Trobe University, Melbourne, Australia, from 1973 until his retirement in 2007, after which he became an honorary fellow of La Trobe University. Christie’s areas of interest include: theoretical chemistry, mass spectrometry, reaction kinetics, atmospheric chemistry, philosophy of chemistry, and chemical education. [2] Aside from his book chapter, his only other publications specifically on thermodynamics are a paper with Don Phillips and Anthony Hall on the statistical thermodynamics of sonic degradation of DNA, and a circa 1980s conference paper presented at the second annual Australian Conference on Thermodynamics, on a similar topic.