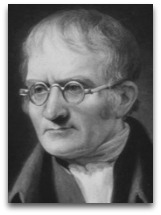 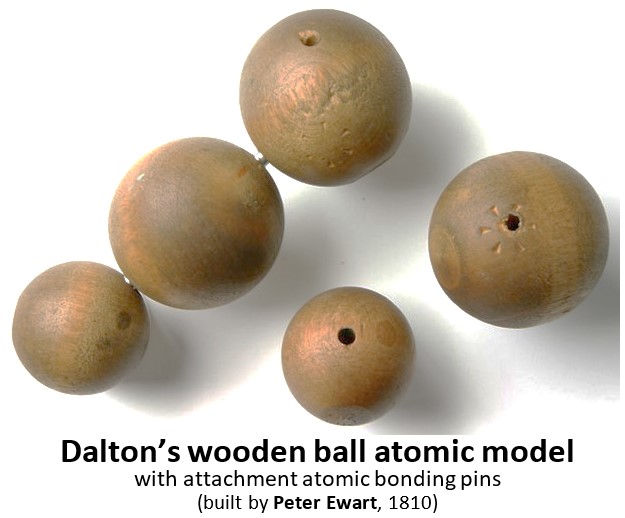 They are said to probably have been part of a larger group of wooden balls, and could be fitted together in different shapes to represent different chemical compounds. He was the first person to use ball-and-stick models to represent the structure of molecules. [5]

“My friend Ewart, at my suggestion, suggestion, made me a number of equal balls about an inch in diameter about thirty years ago; they have been in use ever since, I occasionally showing them to my pupils. One ball had 12 holes in it equidistant, and twelve pins were stuck in the other balls so as to arrange the 12 around the one and be in contact with it; they (the 12) were about 1/10th of an inch asunder. Another ball, with 8 equidistant holes in it; and they (the 8) were about 3/10th of an inch asunder, a regular series of equidistant atoms. I had no idea at the time that the atoms were all of a bulk, but for the sake of illustration I had them made alike.”

In 1813, Ewart, in his “On the Measure of Moving Force”, defended the nascent ideas of the conservation of energy championed by John Smeaton. [3] Donald Cardwell conjecture’s that their friendship influenced the development of thermodynamics in some way:

“It is safe to say, that the long friendship between Ewart and Dalton had some significance for the development of thermodynamics.”

Atoms | Molecules
In 1808, Dalton, in his New System of Chemical Philosophy, stating that volumes of gas consist of “a number of ultimate particles or molecules”, and used the terms atom and molecule differently; the following are his 20 main elements and symbols: [2]

These he explains as follows, where the right column number is the elements "relative atomic mass", relative to hydrogen: 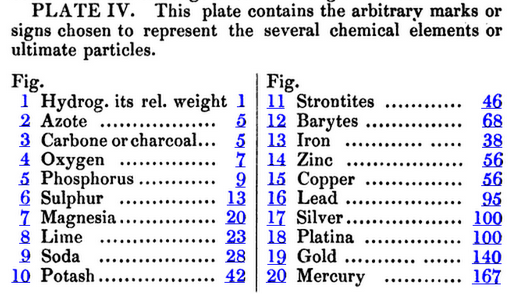 The following are Dalton's molecules: 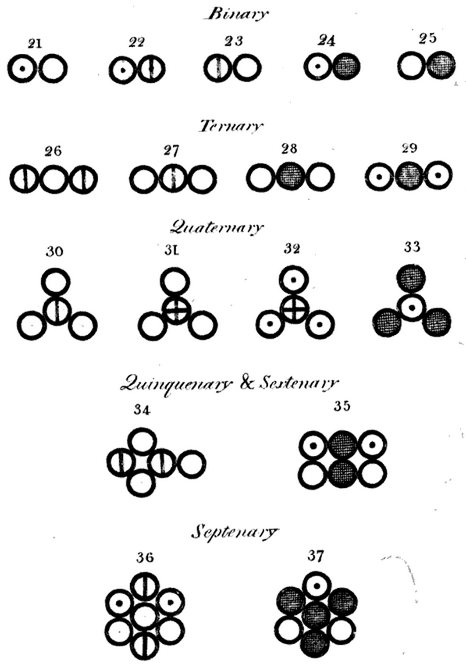 These he explains as follows: 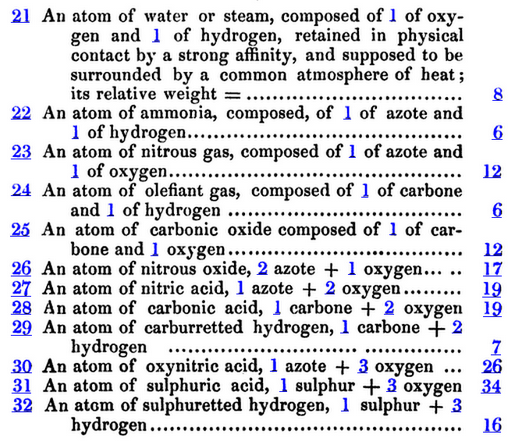 Dalton’s main contribution was that he founded modern 'atomic theory' by initiating the basics of stoichiometry, assigning the hydrogen atom, the lightest element, as unity, and determined the atomic ratios in various molecules, such as nitrous anhydride N2O3. Dalton is often considered the 'father of modern atomic theory.'

Bonding
Dalton, aside from the discussion of strong chemical affinities, employed and popularized the hooked atom theory as a model for bonding; as well as some type of billiard ball model of atomic movement and collision.

Pauling
In 1917, of note, the Dalton-version of the "hook-and-eye bonding method" was still being taught at Oregon Agricultural College, to a young chemical engineering student Linus Pauling; the teaching of this archaic method is what supposedly drove Pauling to write the now famous 1939 textbook On The Nature of the Chemical Bond.

Quotes | On
The following are quotes on Dalton:

“It was from Dalton’s instruction, that I first formed a desire to increase my knowledge of original research.”