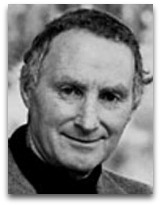 Overview
In 1995, Diggins, in his chapter “Who Bore the Failure of the Light: Henry Adams”, attempts to critique American physical historian Henry Adams’ physical chemical thermodynamic theory of history, albeit in the end labeling Adams incorrectly as a more of a crank than a prophet:

“On the matter of science, the consensus of conventional wisdom in Adams scholarship regards him as more of a crank than a prophet.”

which is but the result of Diggins own ignorance. Diggins' incorrect labeling of Adams is further corroborated by American physical science historian Morris Zucker, whose two-volume Historical Field Theory treatise is an expansion of Adams work, inclusive of relativity, quantum mechanics, and the Heisenberg uncertainty relation, and James Maxwell's electromagnetic field theory work, who classifies Adams as follows: [2]

“Adams [is the] greatest stylist American historical writing has produced”.

Diggins' classification of Adams as a "crank", in short, is but the result of ignorance: thinkers, such as Goethe, Adams, and Zucker, while each may be off or two on a few points, Adams in his case about the second law applied to history (it applies to history, just not the way he envisaged it), go deeper into the problem are are better able to see the forest amid the trees (see: ships not seen) as compared to less self-educated in the physical sciences thinkers such as Diggins.