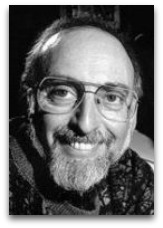 In hmolscience, John Gottman (1942-) is an American mathematical psychologist noted for his 1994 book Why Marriages Succeed or Fail, in which he presents his findings of a multi-decade long research study which finds that stable long-term marriages have a 5-to-1 ratio of attractive-to-repulsive bonding interaction, a ratio called the Gottman stability ratio.

Overview
In the 1970s, Gottman began video recording the interactions of several hundred married couples and then later keeping track of divorce patterns years later, after which he analyzed the data, finding that stable long-term marriages have a 5-to-1 ratio of attractive-to-repulsive bonding interaction (see: Gottman stability ratio).

In 1999, Gottman gave the following speculation on marriage debonding (degradation) and the second law: [1]

“Something like a second law of thermodynamics seems to function in marriage—that is, when marital distress exists, things usually deteriorate (entropy increases).”

The following is a condensed excerpt of Gottman's description of his marriage bond stability ratio: [2]

“My laboratory conducts on what amounts to the most intensive studies of couples interacting ever attempted, something akin to an X ray or CAT scan of a living relationship. My research teams have compared, microsecond by microsecond, how couples talk to one another. We’ve examined their facial expressions, monitored how much they fidget, and how they gesture, [etc.,] … gathering such information has allowed us to identify the specific processes that lead to the dissolution of a marriage, and those that weld it more firmly together. Amazingly, we found that it all comes down to a simple mathematical formula: no matter what style your marriage follows, you must have at least five times as many positive as negative moments together if your marriage is to be stable.”

Gottman’s research and theory functioned as a core support for the development of the Americans chemical engineer Libb Thims’ 2007 theory of the formations and stabilities of human chemical bonding. [3] Specifically, in the formation of a human marriage bond between two people (human molecules), A and B, Gottman discovered that 5-to-1 ratios are indicative of stability:

whereas ratios of 5-to-2 or higher are indicative of instability and exact ratios of 0.8-to-1 lead to divorce (debonding):

Education
Gottman’s founding education was in mathematics at MIT. He later turned to applied psychology. Gottman currently is a professor emeritus of psychology at the University of Washington.