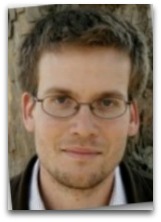 In human mathematics, John Green (1977-) is an American young adult fiction author noted for his widely-popular 2006 equation of love themed, graphical footnoted, anagram-filled book An Abundance of Katherines, which tells the story of a prodigy-turning-adult person named up who after getting dumped by 19 girls named Katherine goes on a quest to derive an equation for predicting love. [1]

An Abundance of Katherines

See main: Equation of love (section: An Abundance of Katherines)

The book tells the story of Colin Singleton, an anagram-loving seventeen-year-old boy who has become depressed because though he has maintained his status of a child prodigy, he has not yet become a “genius.” He wishes to accomplish this goal by having a Eureka moment. As well as not being the genius he hopes to be, his girlfriend, Katherine 19 (over the span of his life, Colin has dated nineteen girls only named Katherine, all spelled in that manner), recently dumped him. In these relationships, Colin remembers only the Katherine dumping him.

Throughout the novel, Colin attempts to derive a theorem to determine the curve of any relationship based on several factors of the personalities of the two people in a relationship. It would predict the future of any two people. His theorem eventually works for all but one of his past relationships with a Katherine. But it is later discovered by Colin that he had dumped this Katherine (Katherine the Third), rather than the other way around. The graphs all make perfect sense at this juncture.