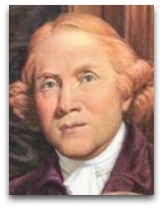 In hmolscience, John Hunter (1728-1793) (IQ:165|#393) (Cattell 1000:141) (Murray 4000:19|Med) was a Scottish physiologist, comparative anatomist—much of his time was devoted to building and stocking a rather large anatomy museum—surgeon, and scientist philosopher noted for his, 1755 to reaction end, rather peculiar experiments, on animals, insects, and plants, and correlative theories, aimed at ferreting out some type of life principle or experimentally based physical science "theory of life", as his student John Abernethy (1817) summarizes.

Overview
Hunter, as summarized by Britannica (1911), pursued the following areas: [1]

“The scope of Hunter's labors may be defined as the explication of the various phases of life exhibited in organized structures, both animal and vegetable, from the simplest to the most highly differentiated. By him, therefore, comparative anatomy was employed, not in subservience to the classification of living forms, as by Cuvier, but as a means of gaining insight into the principle animating and producing these forms, by virtue of which he perceived that, however different in form and faculty, they were all allied to himself. ‘In what does life consist?’ is a question which in his writings he frequently considers, and which seems to have been ever present.”

Hunter, in one experiment, froze fish and snakes to see if they would remain alive after being frozen, as “had been confidently asserted” by earlier natural philosophers. [2] Many of his "theory of life" philosophical ideas are summarized in his posthumously-published 1794 so-called “masterpiece” Treatise on the Blood, written predominantly in 1792-93.

Life | Great chemist
Hunter’s investigative inquiry into the vital phenomena, as his student John Abernethy, summarizes, began in 1755 with his observations of the incubated egg. [4] The following is the 1911 Britannica summary of Hunter’s theory of life: [1]

“Life, he taught, was a principle independent of structure, [3] most tenaciously held by the least highly organized beings, but capable of readier destruction as a whole, as, e.g., by deprivation of heat or by pain, in young than in old animals. In life he beheld an agency working under the control of law, and exercising its functions in various modes and degrees. He perceived it, as Abernethy observes, to be ‘a great chemist’, a power capable of manufacturing a variety of substances into one kind of generally distributed nutriment, and of furnishing from this a still greater variety of dissimilar substances.”

This “great chemist” comment was mentally recorded by English surgeon John Abernethy (1764-1831), an attendee of Hunter’s lectures. Abernethy, in his his 1817 Physiological Lectures: Exhibiting a General View of Mr. Hunter’s Physiology and of His Researches in Comparative Anatomy, delivered before the Royal College of Surgeons, London, opens to the following: [5]

“I have praised Mr. Hunter for his ‘theory of life’, because it is a probable one, cautiously and philosophically deduced, and adequate to explain the phenomena. Therefore am I directed by the precepts of philosophy, and also induced by other reasons, which I have partly explained in my first Lectures, to uphold it as a good theory, till a more satisfactory one be discovered.”

Abernethy goes on in his lecture to state the following: [5]

“As Sir H. Davy's experiments fully prove that electricity may be superadded to, and that it enters into the composition of all those substances we call matter; I felt satisfied with this establishment of the philosophy of Mr. Hunter's views, nor thought it necessary to proceed further, but merely added, "It is not meant to be affirmed that electricity is life. I only mean to argue in favor of Mr. Hunter's theory, by showing that a subtle substance of a quickly and powerfully mobile nature, seems to pervade everything, and appears to be the life of the world, and that therefore it is probable a similar substance pervades organized bodies, and is the life of these bodies." I am concerned, yet obliged to detain you by this recapitulation, because my meaning has been either misunderstood or misrepresented.

Mr. Hunter was the first physiologist who placed in clear array the various vital functions before our view, so as to enable us to judge of their nature and probable cause. He told us that "life was a great chemist", and even in a seemingly quiescent state, had the power of resisting the operation of external chemical agency, and thereby preventing the decomposition of those bodies in which it resided. Thus seeds may lie buried far beneath the surface of the earth for a great length of time without decaying, but being thrown up, they vegetate. Mr. Hunter showed us that this chemist, life, had the power of regulating the temperature of the substances in which it resides. Seeds possessing the principle of life being placed within the influence of the atmosphere, and in contact with moisture, produce heat, form sugar to edulcorate the first nutriment of the young plant, and in short, bring about all those phenomena which characterize incipient vegetation. He further showed us, that life, by its chemical processes, could convert a great variety of dissimilar substances, into one kind of generally distributed nutriment, and could also prepare from it a still greater variety of dissimilar substances. Mr. Hunter showed us that Life was also an architect, that it built up a great variety of curious structures or edifices, in which it continued to reside and execute its future functions. No unprejudiced person can, I think, possibly doubt that it is by the active power of Life such effects are produced.”

The following are further Britannica (1911) summaries of Hunter and his life theories: [1]

“Like Harver, who terms it the anima vegetiva, he regarded it as a principle of self-preservation, which keeps the body from dissolution. Life is shown, said he, in renovation and action; but, although facilitated in its working by mechanical causes, it can exist without action, as in an egg new-laid or undergoing incubation. It is not simply a regulator of temperature; it is a principle which resists cold, conferring on the structures which it endows the capacity of passing some degrees below the freezing-point of ordinary inanimate matter without suffering congelation. Hunter found, in short, that there exists in animals a latent heat of life, set free in the process of death (see: Treatise on the Blood, p. 80). Thus he observed that sap if removed from trees froze at 32° F., but within them might be fluid even at 15°; that a living snail placed in a freezing mixture acquired first a temperature of 28°, and afterwards of 32° ere it froze; and that, whereas a dead egg congealed immediately at 32°, a living egg did so only when its temperature had risen to that point after a previous fall to 294°.

The idea that the fluid and semifluid as well as the solid constituents of the body contain the vital principle diffused through them he formed in 1755-1756, when, in making drawings illustrative of the changes that take place in the incubated egg, he noted specially that neither the white nor the yolk undergoes putrefaction. The blood he, with Harvey, considered to possess a vitality of its own, more or less independent of that of the animal in which it circulates. Life, he held, is preserved by the compound of the living body and the source of its solid constituents, the living blood. It is to the susceptibility of the latter to be converted into living organized tissue that the union of severed structures by the first intention is due.

He even inclined to the belief that the chyle has life, and he considered that food becomes "animalized" in digestion. Coagulation of the blood he compared to the contraction of muscles, and believed to be an operation of life distinct from chemical coagulation, adducing in support of his opinion the fact that, in animals killed by lightning, by violent blows on the stomach, or by the exhaustion of hunting, it does not take place. "Breathing," said Hunter, "seems to render life to the blood, and the blood continues it in every part of the body." (Treatise on the Blood, pg. 63)

Life, he held, could be regarded as a fire, or something similar, and might for distinction's sake be called "animal fire". Of this the process of respiration might afford a constant supply, the fixed life supplied to the body in the food being set free and rendered active in the lungs, whilst the air carried off that principle which encloses and retains the animal fire. (Essays and Observations, i. 113)

The living principle, said Hunter, is coeval with the existence of animal or vegetable matter itself, and may long exist without sensation. The principle upon which depends the power of sensation regulates all our external actions, as the principle of life does our internal, and the two act mutually on each other in consequence of changes produced in the brain. Something (the " materia vitae diffusa ") similar to the components of the brain (the " materia vitae coacervata ") may be supposed to be diffused through the body and even contained in the blood; between these a communication is kept up by the nerves (the " chordae internunciae"). (Treatise on the Blood, pg. 89)

Neither a material nor a chemical theory of life, however, formed a part of Hunter's creed. " Mere composition of matter," he remarked, " does not give life; for the dead body has all the composition it ever had; life is a property we do not understand; we can only see the necessary leading steps towards it." (Treatise on the Blood, pg. 90)

As from life only, said he in one of his lectures, we can gain an idea of death, so from death only we gain an idea of life. Life, being an agency leading to, but not consisting of, any modification of matter, " either is something superadded to matter, or else consists in a peculiar arrangement of certain fine particles of matter, which being thus disposed acquire the properties of life." As a bar of iron may gain magnetic virtue by being placed for a time in a special position, so perhaps the particles of matter arranged and long continued in a certain posture eventually gain the power of life.”

American science historian Everett Mendelsohn, in his Heat and Life: the Development of the Theory of Animal Heat (1964), quotes from Hunter’s “Experiments on Animals and Vegetables, with Respect to the Power of Producing Heat” (1775) and his “Of the Heat, &c of Animals and Vegetables” (1778), crediting him as being one of the earlier “animal heat” theorists. [6]

“We find it a common principle in the animal machine, that every part increases in some degree according to the action required. Thus we find vessels become larger in proportion to the necessity of supply, as for instance, in the gravid uterus; the external carotids in the stag, also, when his horns are growing, are much larger than at any other time.”

“Experiments should not be often repeated which tend merely to establish a principle already known and admitted, but that the next step should be the application of that principle to useful purposes.”

Images
The following are images of Hunter and his self-built anatomy museum, which at his surmise, totaled some 500 exhibits, now part of the Hunterian Museum in London, which has collections of human anatomies and pathology as well as animals and art work: