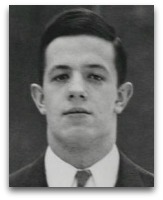 Overview
American chemical physics historian turned science writer Tom Siegfried, in his 2006 A Beautiful Math, devotes a certain amount of effort to stitching thermodynamic connections between the work of Nash, John Neumann, and Oskar Morgenstern—the following being one noted excerpt: [2]

Education
The education of Nash, as summarized by Tom Siegfried, is as follows: [2]

“Nash alluded to the statistical interactions of reacting molecules in his derivation of the Nash equilibrium. Nash, after all, studied chemical engineering and chemistry at Carnegie Tech before becoming a math major, and his dissertation at Princeton drew on the chemical concept of ‘mass action’ in explaining Nash equilibrium.”

Nash earned a doctorate at Princeton in 1950 with a 28-page dissertation on “Non-Cooperative Games”, written under the supervision of doctoral advisor Albert W. Tucker, based partially on John Neumann and Oskar Morgenstern’s Theory of Games and Economic Behavior (1944), which contains the definition and properties of what would later be called the "Nash equilibrium", a crucial concept that later won Nash the Nobel prize in economics in 1994. [4] The following is a noted quote from Theory of Games and Economic Behavior: [5]

“In order to elucidate the conceptions which we are applying to economics, we have given and may give again some illustrations from physics. There are many social scientists who object to the drawing of such parallels on the grounds, among which is generally found the assertion that economic theory cannot be modeled after physics science it is a science of social, of human phenomena, has to take psychology into account, etc. Such statements are at least premature.”

Other
The 2001 film A Beautiful Mind, is based on the existence reaction of John Nash, in which the following fictionalized equation of love quote is made:

“I've always believed in numbers. In the equations and logics that lead to reason; but after a lifetime of such pursuits I ask, what truly is logic? Who decides reason? My quest has take me through the physical, the metaphysical, the delusional and back, and I have made the most important discovery of my career... the most important discovery of my life. It is only in the mysterious equations of love that any logical reasons can be found. I'm only here tonight because of you. You are the only reason I am... you are all my reasons.”

This is a quote from John Nash's fictional Nobel Prize speech. In actual fact, however, Nash was never asked to speak upon his acceptance of the 1994 Nobel Prize in economics. The film depiction, nevertheless, made the culture rounds that the film was based on someone who in reality had developed a love equation.

Quotes | On
The following are quotes on Nash:

“This is to recommend Mr. John F. Nash, Jr. who has applied for entrance to the graduate college at Princeton. Mr. Nash is nineteen years old and is graduating from Carnegie Tech in June. He is a mathematical genius.”

Quotes | By
The following are quotes by Nash:

“[A] non-Zoroastrian could think of Zarathustra as simply a madman who led millions of naive followers to adopt a cult of ritual fire worship. But without his "madness" Zarathustra would necessarily have been only another of the millions or billions of human individuals who have lived and then been forgotten.”

“I liked to think of myself as a genius, but I later on realized it’s sort of meaningless. You are using a popular word. You could think of whether it is good to work in mathematics at all? In mathematics there are some good achievements that can be made, and if you are successful you will be recognized. I think of myself now as an enlightened philosopher.”