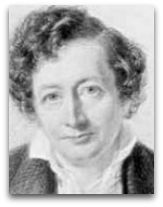 In science, John Nichol (1804-1859) was a Scottish astronomer noted for being a significant earlier mentor to Irish physicist William Thomson, particularly by introducing him, at the age of fifteen, to French mathematical physicist Joseph Fourier's 1822 treatise Analytical Theory of Heat, thus instilling in Thomson a lifelong curiosity about the nature heat and its relation to engine efficency. Nichol gave one of the first encyclopedia definitions of 'thermo-dynamics' in 1860. Nochol was a founding member or integral component of the Glasgow school of thermodynamics.

Influence on Thomson
Nichol’s was a professor of practical astronomy at the University of Glasgow from 1836 to 1859, the point of his death. In this span, for a period of two years, beginning in 1839, Nichol’s taught classes in natural philosophy, as a fill-in for the regular professor William Meikleham who had become absent due to illness. [1]

When Nichol’s took the chair of natural philosophy, he quickly updated the curriculum, introducing students to the new mathematical works of French mathematical physicist Joseph Fourier's, particularly his 1822 Analytical Theory of Heat. [2] The mathematical treatment much impressed young Thomson, who became intrigued with Fourier's Théorie analytique de la chaleur and committed himself to study the “continental” mathematics resisted by a British establishment still working in the shadow of English physicist Isaac Newton.

In particular, after listening to the praises of Fourier’s book by Nichol, likely in one of his lectures, Thomson asked whether he should read the Théorie Analytique, to which Nochol’s replied “the mathematics is very difficult”. [3] William later got the book from the library. In his own words, “On the 1st of May … I took Fourier out of the University Library; and in a fortnight I had mastered it—gone right through it.” [4] This was Thomson's first intellectual stimulator as to puzzle behind the nature of heat.

Thomson, to note, through the workings of his father, James Thomson, would later replace Meikleham after his death in 1846 as professor of natural philosophy at Glasgow, thus forming one of the early schools of thermodynamics, particularly in the Glasgow Philosophical Society. [5]

Other notes
Nichol’s last published work was the 1860 Cyclopedia of Physical Sciences, within which, it seems, the first encyclopedia definition of thermo-dynamics, as a branch of science, is found. [6] In commentary on this small dictionary or encyclopedia, Scottish engineer William Rankine commented on it that it is “almost unparalleled for the extent and accuracy of the information that it contains in small bulk.” [7]