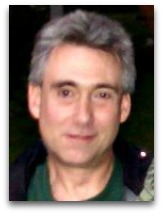 In religious thermodynamics, John H. Patrick (c.1950-) (DN=1?) as an American civil engineer and architect noted for his circa 2006 theory of unified evolution, in which he attempts to unify Darwinian evolution, the Bible, aspects of QED, and thermodynamics, under the overarching premise that there is a God who created the universe that operates according to physical laws. [1] Patrick’s central theme is capture in the following passage: [2]

“Under some circumstances occurrences of negative entropy are expedient to the over-arching imperative of entropy. This makes the occurrences favored by the laws of thermodynamics. Mammals, for example, are highly ordered chemical structures made up of less highly ordered [chemical structures]. This requires processes indicating negative entropy, but their net impact is to increase the amount of entropy in the world. They give off heat produced by their food processing, respiration, defecation, etc. Their net contribution is in the form of positive entropy, in abeyance of the second law of thermodynamics.”

Beyond this, much of Patrick's writing is crouched in numerous Biblical passage quotations, used in a way to make claims about God. Patrick is somehow associated with Indian chemical engineer DMR Sekhar's network.

The following are Patrick’s 2013 views on his evolution theory: [3]

“I think Lotka was correct in suggesting his [principle of maximum energy Flux]. By referring to “natural selection” in the wording of his fourth law, his suggestion would seem to apply only to living systems that already exist, as Darwin would have thought it must. This is because Darwin believed (and wrote) that with regard to the initial origin of life, it can only be attributed to, in his words “some other process wholly unknown”. However I think that the [principle of maximum energy flux] also explains the initial origins of life. Maybe Lotka thought so too, I have not as yet studied his work, as I just this hour came across your web-site and his [principle of maximum energy flux]. The attached paper is one that I wrote about life origins and evolution some time ago [c.2006?]. Although I did not use the same language as Lotka, the core mechanism is similar I think.”

Education
Patrick currently is an engineer at GTP Plant Engineering.