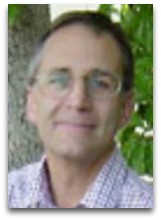 In religious thermodynamics, John C. Sanford (1950-) is an American plant geneticist noted for his 2005 book Genetic Entropy in which he argues that the standard Darwin evolution motto, i.e. of life being the result of random mutations and natural selection, is false, on the premise that higher genomes degenerate over time, in accordance with the second law. Sanford is an atheist-turned-Christian. His points out that for many, when one abandons the life, death, purpose views of religion for science, that one is left with the resultant mindset question: [1]

“Are you are just a meaningless bag of molecules—the product of nothing more than random molecular mutations and reproductive filtering?”

To remedy this succumbing view and to reinstate a religious faith to the modern person, Sanford’s central argument states that:

“For decades biologists have argued on a philosophical level that the very special qualities of natural selection can essentially reverse the biological effects the second law of thermodynamics. In this way, it has been argued, the degenerative effects of entropy in living systems can be negated—making life potentially immortal. However, all of the analysis of this book contradicts that philosophical assumption. Mutational entropy appears to be so strong within larger genomes that selection cannot reverse it. This makes eventual extinction of such genomes inevitable. I have termed this fundamental problem genetic entropy.”

The basic points of this statement by Sanford are correct on the view of Clausius-Planck view that “the entropy of the universe tends to a maximum” (Clausius, 1865) + “entropy depends on disorder” (Planck, 1901), therefore the disorder of the universe tends to a maximum, and evolution should be impossible in a universe governed by the laws of physics. This issue has never been completely reconciled. Then, however, Sanford mixes this all together with diatribe on how God and Jesus are the answer:

“I hate the consequences of entropy (degeneration). I hate to see it in my own aging body, in the failing health of loved ones, or in the deformity of a new-born baby. I find it absolutely ghastly, but also absolutely undeniable. The good news [is that] Jesus has the power to defeat death and degeneration.”

The bit of thermodynamics discussion in Sanford’s book, which amounts to only a few pages, is pure nonsensical in style. He argues at one point, for example, that God gave us the genome and that the second law of thermodynamics can be found by plotting the descendents of Noah (in the bible) vs. life-span of each descendent.

Education
Sanford completed his BS (1976) in horticulture at Minnesota University, St. Paul, and both his MS (1978) and PhD (1980) in plant breeding and plant genetics at the University of Wisconsin, Madison.