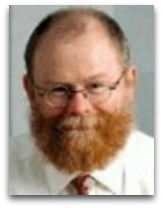 In hmolscience, John Schmitz (c.1950-) is a Danish chemist noted, in human thermodynamics, for his 2007 The Second Law of Life, a laymanized presentation of thermodynamics applied to questions surrounding the humanities.

Overview
In 1980s to 1990s, Schmitz noticed how the concept of entropy was used in other fields, aside from chemistry and physics, such as in history, sociology, economics, art, ecology, and religion. Thus, “struck by the simplicity of thermodynamics, the fact that it remained virtually unchanged for decades, and that the theory quietly determines many aspects of our daily lives”, he got the idea to write a book about it for non-scientists.

In 2007, Schmitz reluctantly published The Second Law of Life: Energy, Technology, and the Future of Earth as We Know It, in which, being a general historical book of thermodynamics applied to general humanities and biology subjects, he argues that the second law is the second law of life. [1]

In his book, Schmitz states that there are “parallels between money and entropy”. In rectification of the chaos view of the second law as this contrasts with the ordering view of evolution in the formation of organized life forms, Schmitz states that “the creation of life occurs at the expense of available energy elsewhere in the isolated system (stipulation: universe = isolated system).”

One of the best aspects of his book, is his human entropy, i.e. the entropy of a human being, diagram (adjacent).

Entropy | Colloquial views
Schmitz stated that he was stimulated to write this book after asking his friends and neighbors what they knew about entropy? Most didn’t know anything and some vaguely remembered something about chaos. Subsequently, he wrote his book, for the scientific layperson, to give an overall idea of how entropy applies in human life.

Difficulties on theory
In writing the book for the lay-person, as Austrian physicist Erwin Schrödinger did in his 1944 book What is Life? (thus promoting the non-logical “feeding on negative entropy” postulate of life), Schmitz falters on the ambivalent-to-support side of the fence for a number of fallacious or disproved human thermodynamic theories. In particular, Schmitz supports both Romanian economist Nicholas Georgescu-Roegen’s 1971 take on the thermodynamics of the economic process and American economist Jeremy Rifkin’s 1980 "material entropy" view of consumerism and remains ambivalent on the matter of American engineer Claude Shannon’s 1948 theory of information entropy. In regards to Georgescu-Roegen’s conception of the “Entropy Law”, for instance, Schmitz states “we have now established that the economic process transforms available energy and the world’s resources into a situation of high entropy … at a rate much faster than natural processes would drive”.

This postulate is incorrect. For one, he assumes that human activity is not a natural process. Second, “available energy” (or free energy), as was outlined illogically by Georgescu-Roegen, is an 1873 mathematical conception, developed by American engineer Willard Gibbs, signifying the working chemical potential of a “thermodynamic system” or the amount of energy that can be converted into system external work. In the case of a human thermodynamic system, the boundary is the system of human molecules under study; hence, in this point of view, a natural resource, such as coal, functions as a “catalyst”, thus lowering the activation energy barrier to human reaction, and it not representative of entropy or free energy. [4]

Schmitz states that “life needs a low entropy resource – photosynthesis – to survive and reproduce.” The difficulty in this statement is, for one, the use of the word “need” instead of the incorporation of the conception of “drive” (as in life is driven by energy from the sun), and secondly, the equality of the process of photosynthesis:

or the conversion of photons into stored chemical bond energy, such as glucose, is a low entropy resource. Correctly, as defined by German physicist Rudolf Clausius, entropy is the loss of energy as the molecules of a system “work on each other” irreversibly (a loss that results owing to the mechanical equivalent of heat operating in systems wherein heat flows). Hence, the postulate, originating from Schrödinger, that food stuff, such as glucose C6H12O6, a 3-element molecule, a simple sugar, represents a “low entropy resource” is an oversimplification.

In regards to “free will”, Schmitz seems to allude to the view that people have “choice” or free will. He states “another problem area is the perceived determinism of the second law”. Moreover, “the second law is seen by some as something that would take away the possibility of choice for humanity, so that the entire universe and life itself would be predetermined.” He concludes, incorrectly, that “if we consider our planet as a system under study, then we know that because of the influx of energy from the sun, there is plenty of room for a bi-directional trend for the entropy”.

This non-logical statement is similar to English physicist Charles Galton Darwin, who in his 1952 book The Next Million Years applied thermodynamics to the modeling and understanding of human life, evolution, and the future, in a relatively correct manner, but in a side note commented that people are “human molecules”, who abide by the "laws of human thermodynamics", but that “unlike a molecule, a man has a free will, which makes his actions unpredictable.” [5] The correct view is the induced movement view, which is the case for all molecules, human or otherwise; a fact which can be deduced through study of a molecular evolution table. [4]

Education
Schmitz’s interest in thermodynamics began in 1980, in which he began working on his PhD thesis "Thermodynamic and Activation Parameters of Redox Reactions of Transistion Metal Coordination Complexes", which dealt with the energetic properties of certain chemical compounds, and from this research he became acquainted with “entropy”. He was awarded his Ph.D. in Chemistry in 1984 from the Catholic University of Nijmegen (Netherlands). [2] Schmitz holds six patents in the semiconductor field and has published over 45 scientific articles and one technical book in the field of integrated circuit technology. Before, Schmitz was the Chief Operating Officer Manufacturing Technology of SEMATECH (Austin, Texas) a consortium that develops semiconductor manufacturing technology, materials, and equipment for their member chip maker companies. Schmitz has dealt with thermodynamics and entropy for 25 years on a professional level. Schmitz currently holds a senior management position in semiconductor technology research.