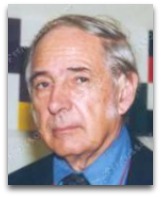 “Searle denies Cartesian dualism, the idea that the mind is a separate kind of substance to the body, as this contradicts our entire understanding of physics, and unlike Descartes, he does not bring god into the problem. Indeed, Searle denies any kind of dualism, the traditional alternative to monism, claiming the distinction is a mistake. He rejects the idea that because the mind is not objectively viewable, it does not fall under the rubric of physics.”

Quotes | On
The following are quotes on Searle:

“I wish there were a term in the English language that honestly captures the idea that all we experience is due to brain function. ‘Materialism’ comes close, but is laden with excess metaphysical baggage. The philosopher John Searle coined ‘biological naturalism’ as a mind-body theory within philosophy, and that comes very close. ‘Asoulism’ is more modest: a simple disbelief in the existence of souls based on evidence.”

— David Weisman (2010), “The Experience of a Unified Mind and the Possibility of an Everlasting Soul are Connected and there is Scant Evidence to Support the Existence of Either” [1]