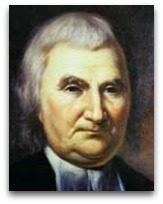 In existographies, John Witherspoon (1723-1794) (IQ:175|#225) (CR:12) was a Scottish-born American political philosopher, a signatory of the Declaration of Independence (1776), 6th president of Princeton University, interpreter of the Newtonian-based political philosophies of French theorist Charles Montesquieu, and mentor to American political theorist James Madison (1751-1836), the “father of the constitution”, who is said to have used the Newtonian-conceptualized theories of Witherspoon and or Montesquieu in the construction of the US Constitution.

Celestial mechanics | Orrery politics
In 1748, French political philosopher Charles Montesquieu, in his The Spirit of the Laws, notes that iron bars tend to contract when cooled, a phenomenon known as Boerhaave's law, and that by extrapolation such an effect may occur in human nerve endings, thus mediating different personal behaviors in love, sex, courageousness, and passions, etc., of people in lands of different heat.

In 1769, American political theorist James Madison (1751-1836), the so-called “father of the constitution”, and America’s fourth president, was said to be studying a primitive form of social physics a Princeton (see: political physics). [1]

Madison, according to John Q. Stewart, was a student of Witherspoon, who in turn was a noted interpreter of the political philosophy of French theorist Charles Montesquieu, notable for his “hot climates” / “cold climates” theory of human behavior, who in turn had been deeply influenced by the celestial mechanics work of Isaac Newton; Stewart, e.g., comments on this: [2]

“There can be no question of the fact that, in early Princeton, physics cooperated with politics in a sort of analogical double play, Newton to Witherspoon to Madison.”

In these years, the Whig-Cliosophic Society, Princeton’s literary and debate club, formed, which had in its circle John Witherspoon, James Madison, and Irish-born American statesman William Paterson; the latter of which, in 1795, made explicit comparisons of the social and planetary realms. [4] American criminal justice professor Curtis Blakely cites this as the first recorded comparison of its kind by a criminal justice official. [5]

In 1912, Woodrow Wilson stated that the Madison-Witherspoon "political mechanics" amounted to something along the lines of the following: [6] 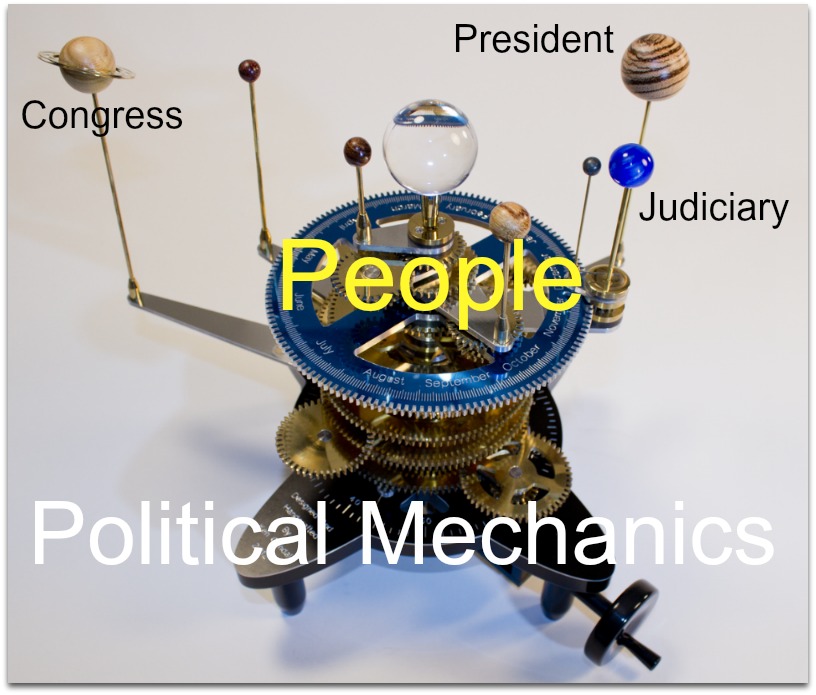