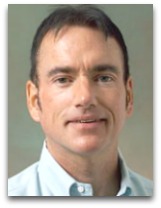 In existographies, Jonathan P. Dowling (c.1955-) is an American physicist noted for []

Abioism
In 1998 to 2004, Dowling, while working at the NASA Jet Propulsion Laboratory, on the topic of "life detection" devices, one would supposedly use on some type of distant planetary probe, engaged into "endless discussions" on the definition of life; his response to these discussions, which amount to the abioism position, were made public in a footnote to his 2013 artificial life chapter of his Schrodinger’s Killer App, as follows: [1]

“When [1998-2004] I was at the NASA Jet Propulsion Laboratory, we would have endless discussions on the definition of life. What is life? The discussions were always hinged on the metaphysical and religiously infused idea that there should be a line—things on one side of the line were alive and things on the other were not. The game was to find that line. People argued and continue to argue about this endlessly. Should it reproduce, reduce the entropy of its environment, have DNA, or what? For example, viruses are infectious, reproduce, and have DNA and most vote they are alive (but some not). Prions, which cause mad cow disease, are malevolent proteins that reproduce, are infectious, but have no DNA. Most say they are not alive and say we should draw the line of life between prions and viruses. My response to these discussions was, there is no such thing as life! [see: life does not exist] There are interesting chemical reactions, like Stephen Hawking, and less interesting chemical reactions, like salt crystals growing in a glass of salt water. There is no line, no ‘breath of life’ separating living from nonliving. That is a metaphysical bit of silliness. We should focus on interesting over boring chemical reactions and forget about this line that does not exist except in our own minds.”

Here, firstly, regarding the Jet Propulsion Laboratory, we can compare Dowling's chemical reaction materialistic siding answer to the "what is life?" puzzle to the alternative of new age siding or aligning approach followed by James Lovelock who, similar to Dowling, while was working at the Jet Propulsion Laboratories in 1964, engaged into the endless what is life debates, amid which he entertained similar ideas, e.g. about entropy reduction equating to life, etc., but in the end ventured into panbioism belief system, with eventual focus on his so-dubbed "Gaia hypothesis", the view that the earth is "alive", which, although it amounts to an incorrect position, he wrote several books on.

Secondly, regarding "Stephen Hawking" defined passingly as an interesting chemical reaction, we can compare the more sober take on the matter by Gilbert Lewis, the main founder of modern chemical thermodynamics, who in his 1925 Anatomy of Science lectures compared both view points, in the end stating that the view of him, as a chemical reaction, writing a textbook, was the most absurd thing he could think of.

Thirdly, Dowling's "breath of life" dismissal, while commendable, is but the lid of a 6,000-year-old can of worms, which can only be sated by a plethora of dense and deeply entrenched religio-mythology scholarship. [2]

Religion
Dowling, in his Schrodinger’s Killer App, never employs the word “atheist” but employs the word “god” twelve times, mostly in reference to Einstein’s “god’s dice”, at one point of which (pg. 34) he states the following: [1]

“Here is my problem with Pascal's wager—which god should I choose to believe in? There are many religions. Most are mutually exclusive. If you spend your life as a devout Buddhist, then you're not getting into heaven. If you spend your life as a devout Christian, then you will never reach nirvana. There are, sadly, many places in this world where the public proclamation of a belief in the ‘wrong’ god is much more dangerous to one's personal health than quietly admitting a belief in no god at all. When it comes to interpretations of quantum theory. I am a pantheist. The pantheist approach was the one taken by the character Beni Gabor (played by Kevin J. O'Connor) in the 1999 remake of the movie The Mummy. When Beni first encounters the reanimated mummy of the high priest Imhotep. Beni pulls out from under his shirt a plethora of grimy religious talismans and begins praying aloud with each of them proffered up, one after the other, to ward off the mummy. Beni finally hits upon the Star of David with a Hebrew prayer, which the mummy recognizes, and instead of sucking out his life force, the mummy turns him into a slave.”

Dowling, of note, also employs the term “soul” twice, once in a passing metaphor, namely the phrase “soul-stealing lecture”, and a second time as follows: [1]

“As this is a popular science book and not a popular philosophy book or religious studies book, I will not discuss such objections to the strong AI hypothesis such as computers do not have souls and so forth.”

This comment would seem to place Dowling into the implicit soul-believing category (implicit soulism). In sum, Dowling, in 2013, would seem to classify as an agnostic pantheist soulist abioist (see: atheism types by denial and belief).