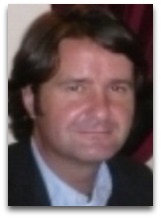 In human thermodynamics, Jose-Manuel Rey (c. 1975-) is a Spanish mathematical economist noted for his 2010 article “A Mathematical Model of Sentimental Dynamics Accounting for Marital Dissolution”, in which he argues using equations, formulation, and graphs that the process of marriage and relationship dissolution is based on the second law of thermodynamics. [1]

Overview
In 2010, Rey, in his “A Mathematical Model of Sentimental Dynamics Accounting for Marital Dissolution”, builds on the work of John Gottman, to outline a metaphorical second law of thermodynamics based model for human relationships; the following being an example quote: [2]

“[The] second law of thermodynamics for sentimental relationships [states that] there is a tendency for the initial feeling for one another to fade away. This kind of inertia must be counteracted by conscious practices.”

Rey comments on his paper that: “that there is no real use of thermodynamics. The second law is mentioned only as a metaphor to indicate that the feeling of attachment in a relationship ‘cools down’ as as time evolves—unless energy in form of effort is supplied to keep things alive. Moreover, that formulation was originally proposed by John Gottman. I just used it as an ingredient in the model, which is in fact an optimal control model with no role of entropy.” Nevertheless, the use of analogy is often a stepping stone along the path to future hard science.

Education
Rey obtained his PhD in mathematics in Madrid after which he spent a postdoctoral year at St. Andrews University and the University of College London. [3] Rey currently is an associate professor in the department of economic analysis of the Complutense University of Madrid.