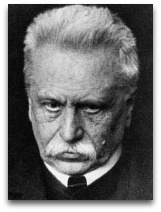 In thermodynamics, Josef Popper (1838-1921), or Lynkeus (pseudonym), was an Austrian physicist, engineer, and social theorist noted for his unsuccessfully attempts to promote a biophysical view of the economy as a subsystem embedded in a larger system subject to the laws of thermodynamics. [1] Popper, supposedly, wrote on the history of thermodynamics wherein he insisted on strict separation of scientific propositions and metaphysical propositions, complaining in 1876 about William Thomson’s religious tirades based on the second law. [2] Popper was an associate of Ernst Mach.

Education
Popper studied mathematics, physics, and technology at the Polytechnic in Prague and economics, cultural history, and aesthetics at Vienna University, but was largely excluded from academia because he was a Jewish, a group virtually excluded from public service in Austria and Germany, due to State and Church regulation.