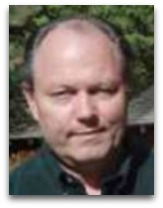 In hmolscience, Joseph John Dewey (1945-), known as J.J. Dewey, is an American new age spiritual philosopher noted, in human chemistry, for his 1999 The Molecule Relationship, wherein he mixes god talk, with chemistry talk, to theorize in a kind of self-help way about relationships, sexual energy, dialogue about reincarnation, among other topics, an a kind of amateurish albeit partially interesting way.

Overview
In 1999, Dewey, in his coil-bound mail order booklet The Molecular Relationship, conceived of a “human molecule” type of theory, wherein the pair-bond relationship is conceived as the molecule, creating a certain amount energy. [1] The following is a representative excerpt from his chapter on human relationships: [2]

“The molecular relationship [exists in] the foundation of the family unit through the establishment of the marriage bond. The one-to-one monogamous relationship has been historically proven to be the most natural and stable one existing among men and women. In this union, the man is like a positive ionic atom who takes a negative ion. Together they produce a whole with greater properties than either alone have. These greater properties appear, however, only when there is true union. When this union is consummated, the couple has the power to become as one entity, with much greater strength and power than the one sex alone.”

Here Dewey seems to be employing the "ionic bond" model of chemistry as a model for the marriage bond. He continues:

“Unfortunately, few ever achieve true union, for about half of all marriages end in divorce. Of the married, surveys reveal that about 75 percent of all couples are eventually not happy with their marriage, and would leave their relationships if the right opportunity presented itself. Thus, about 25 percent of married couples have achieved relative stability and happiness, and therefore have attained a degree of molecular bonding. The creation, or hope of creation, of this simple molecule (or completed atom) has been the impetus behind almost all great social evolutionary systems among humanity.”

The seeds of this logic originated in Dewey’s 1998 new age book The Immortal, in which he begins to conceives of a “human molecule” type of theory, where in the pair-bond relationship is the molecule, creating a certain amount energy, all intertwined with discussions on creationism and god, wherein god is representative of the energy.

Most of this book consists of dialog between Dewey and his second wife Elizabeth. The first mention of molecules comes up when Elizabeth asks: “are we ever born again as animals, spiders or anything like that?” To which Dewey replies: [3]

“The human as a unit is made of smaller energy centers [chakras] that compose acupuncture points. The five lower chakras and hundreds of the smaller energy points are actually little lives that were once animals and other little lives eons ago. These do not become human but combine to create something greater than themselves. This is the true order of evolution. The subatomic particles unite to create atoms, cells unite to create the vegetable kingdom, the essence of life unites to create animal, and animals and all the smaller lives unite in consciousness to create human.”

A reading of Dewey’s “going molecular” themed quotes, gives a good picture that Dewey’s immortal theory is a sort of Christian-themed type of relationship chemistry, using a very loose, often incorrect, or ballpark understanding of chemical terminology, extrapolating on things such as molecular business, or molecular politics, molecular success, albeit always conceived in such a way so as to be connected to Biblical narration. [4]

Dewey’s The Immortal was followed by two more books: The Lost Key of the Buddha (2003) and Eternal Words (2006), which constitute a series. Dewey discusses things such as the “evolution of the molecular relationship”, the “mystery of romantic energy” (human thermodynamics), the “marriage of atoms”, the “human molecule”, the “expanding molecule”, molecular principles, among other things. [1]

Education
Dewey has been a student of philosophy, metaphysics, and religion for most of his life. He took a chemistry course in college. A significant turning point occurred in Dewey’s life when he was excommunicated from the Mormon Church for writing an article with argued that there is a progression from one kingdom to another. In 1998, Dewey began teaching his ideas in an Internet group called the “Keys of Knowledge”, started by a reader of the immortal series, which boasts a following of about 450 members. [5]