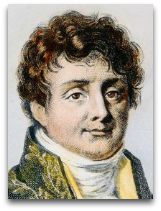 Analytical Theory of Heat
In 1822, Fourier, in his Analytical Theory of Heat, baising logic on Newton's law of cooling, namely, that the flow of heat between two adjacent molecules is proportional to the extremely small difference of their temperatures, outlined a mathematical model of heat movement in various directions. He argues that any function of a variable, whether continuous or discontinuous, can be expanded in a series of sines of multiples of the variable.

In 1839, after listening to the praises of Fourier’s book by Royal Belfast Academical Institution of Northern Ireland astronomy professor John Nichol, a 15-year old William Thomson asked whether he should read the Théorie Analytique, to which Nochol’s replied “the mathematics is very difficult”. [2] William later got the book from the library. In his own words, “On the 1st of May … I took Fourier out of the University Library; and in a fortnight I had mastered it—gone right through it.” [3] This was one of Thomson's first seeds of interest on the topic of the nature of heat. Thomson would later go on to coin the term "thermo-dynamic" in his 1849 "An Account of Carnot's Theory of the Motive Power of Heat". [4]

Quotes | By
The following are quotes by Fourier:

“Primary causes are unknown to us; but are subject to simple and constant laws, which may be discovered by observation, the study of them being the object of natural philosophy. Heat, like gravity, penetrates every substance of the universe, its rays occupy all parts of space.”

“There cannot be a language more universal and more simple, more free from errors and obscurities...more worthy to express the invariable relations of all natural things [than mathematics]. [It interprets] all phenomena by the same language, as if to attest the unity and simplicity of the plan of the universe, and to make still more evident that unchangeable order which presides over all natural causes.”