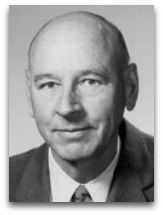 “A system having specified allowed states and an upper bound in volume can reach from any given state one and only one stable state and leave no net effect on its environment.”

This has been restated as: [5]

Keenan is known for his calculation of steam tables, research in jet-rocket propulsion, and his work in furthering the understanding of the laws of thermodynamics. His classic 1941 textbook Thermodynamics served as a fundamental teaching tool in various engineering curricula during the 1940s and 1950s. Keenan brought to the mechanical engineering profession the fundamental work of Willard Gibbs.

The faculty of MIT, during the summer session of 1953, under the guidance of Keenan, organized a Rumford summer school of thermodynamics in celebration of Count Rumford (Benjamin Thomson) Bicentennial: During Summer Session 1953, from Monday, June 29, to Friday, July 10, Inclusive. [3]

Notables associated this school include George Hatsopoulos and Gian-Paolo Beretta, the latter of which states that he ran a “thermodynamics think tank” at MIT in the late 1990s. The website QuantumThermodynamics.org, run by Beretta, lists publications by members of the “Keenan school of thermodynamics”.