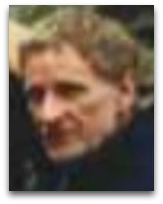 In hmolscience, Joseph McCauley (1943-) is an American physicist turned econophysicist, noted, in economic thermodynamics, for his 2000s outspoken opinions that thermodynamics cannot be applied to economics and finance.

Reversible trading
In 2002, McCauley, in his “Self-Financing, Replicating Hedging Strategies, an Incomplete Thermodynamic Analogy”, attempted to apply the concept of irreversibility to stock trading; the abstract of which is as follows: [8]

“In the theory of risk-free hedges in continuous time finance, one can start with the delta-hedge and derive the option pricing equation, or one can start with the replicating, self-financing hedging strategy and derive both the delta-hedge and the option pricing partial differential equation. Approximately reversible trading is implicitly assumed in both cases. The option pricing equation is not restricted to the standard Black-Scholes equation when nontrivial volatility is assumed, but produces option pricing in agreement with the empirical distribution for the right choice of volatility in a stochastic description of fluctuations. The replicating, self-financing hedging strategy provides us with an incomplete analogy with thermodynamics where liquidity plays the role of the heat bath, the absence of arbitrage is analogous to thermal equilibrium, but there is no role played by the entropy of the returns distribution, which cannot reach a maximum/equilibrium. We emphasize strongly that the no-arbitrage assumption is not an equilibrium assumption, as is taught in economics, but provides only an incomplete, very limited analogy with the idea of thermal equilibrium.”

From here he attempts to do a Legendre transform of a derived stock buying and selling mathematical function and jump to the assertion that this is a generalized Gibbs-Duhem relation and that the following function:

where Ψ is a share (of some company) and m is the share's price, is analogous to a thermodynamic potential. The sum attempted derivation, and unstated assumptions embedded therein, is nearly a mess, to say the least.

Overview
In 2003, McCauley, in his “Thermodynamic Analogies in Economics and Finance: Instability of Markets”, in which he attempts to argue that:

This, of course, is incorrect. Everything in the universe behaves thermodynamically—in fact, the behavior of every process in the universe is governed by energy conservation and entropy increase. In any event, McCauley's argument is that "financial markets are unstable, they do not approach statistical equilibrium, nor are there any available topological invariants on which to base a purely formal statistical mechanics." All-in-all, McCauley is of the opinion that "thermodynamics is impossible in economics", as shown by his article. [3]

McCauley's paper, according to Russian applied mathematician Andrei Khrennikov, is said to be one of the founding papers of the field of financial thermodynamics. [1]

Money | Energy
In his 2006 response article “Response to Worrying Trends in Econophysics”, following an attack on his points of view by four authors, McCauley states: [5]

“It [is] generally be quite useless to assume conserved quantities in economics and finance. There is no reliable analog of energy in economics and there are very good reasons why no meaningful thermodynamic analogy can be constructed. In particular, money is not conserved. Money is created and destroyed rapidly via credit. Leveraging leads to big changes in ‘money’. Are there any conservation laws at all in real markets, and if so do they have any significance for deducing market dynamics?”

Although a long-standing practice to apply the conservation of energy to the money, the issue McCauley seems to be grappling with here is that the way the conservation of energy applies to say a US $1 dollar bill is that if it is burned (combustion) the total energy (internal energy) of the what goes into (reactants) the reaction will equal the total energy of what goes out (products), of the reactions accruing in the economic system.

Paper is obtained from fibers of plant cells, which are mostly composed of carbohydrate polymer (polysaccharides), of the general formula (CH2O)n, or more generally for polysaccharides Cx(H2O)y, where x is usually a large number between 200 and 2500, with a carbon content of about 40%, which are impregnated with varying degrees with lignin, an aromatic polymer, which has the approximate composition C10H11O4. [6] The simplest approximation of a combustion reaction for paper (money) would thus be:

namely the combustion of formaldehyde CH2O with oxygen O2 which has the following thermodynamic data: [7]

which has a Gibbs free energy of formation of -102.5 kJ/mol, according to which we see that the conservation of energy does indeed apply to money, or at least to the combustion of a unit mass of paper. The general issue here is that McCauley needs to see through his problem in terms of economic combustion reactions—people as molecules reacting economically to each other—of a form similar to formaldehyde combustion. This is where he will come to find resolution in his complaints about thermodynamics not applying to finance, such as outlined in plain speak in the adjacent photo and caption box.

To explain further by example, in 1974, American chemist, mathematician, and statistical mechanicist Elliott Montroll, in his Introduction to Quantitative Aspects of Social Phenomena, coauthored with Wade Badger, employ a certain number of humans to molecules comparisons, which as of 2011 is the "correct" textbook thermodynamic way humans are supposed to be viewed (Advanced Engineering Thermodynamics, 2011) (see: human molecular formula), and in one section of this book give the following formula for the total kinetic energy of the

molecule in a system, being supposedly a socioeconomic system:

This is pretty decent logic. Here, Montroll seems to be making a reference to the Pareto principle of wealth distribution. Likewise, the statement that ever family has someone with an annual income (money paid for services), is but a academic restatement of the 2013 Alley equation or the following colloquial street logic rule of thumb:

In other words, a person, typically male, being that human socioeconomic systems are non-aqueous, with a job, occupation, or trade will have strong tendency to have sexual intercourse, which can be defined as a combination reaction:

in the first step of the mechanism, which, just like the formaldehyde reaction, will be quantified and governed by a free energy change (see: human free energy; human free energy of formation), composed of enthalpy and transformation content energy changes. This is where McCauley will find “real financial markets behaving thermodynamically.” Of these sexual combination reactions, 85 percent will result in reproduction, which in human chemical reaction formulation, in overall mechanism, double displacement reaction, will accrue, and attached family will be a product of the reaction, and accumulated money, according to Pareto's principle will result.

Education
McCauley completed his MS in 1965 at the University of Kentucky, and his MS (1967), MPh (1968), and PhD (1972) at Yale University, completing his dissertation work under Norwegian-born American thermodynamicist Lars Onsager.

McCauley, among American econophysics schools, currently teaches econophysics at the University of Houston, a school that is said to be one of only a handful of PhD programs worldwide that has an econophysics specialization. [4]