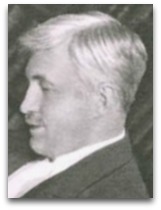 In thermodynamics, Joseph Mellor (1869-1938) was an English inorganic chemist noted for his 1902 book Higher Mathematics for Students of Chemistry and Physics, one of the first books in the field of mathematical thermodynamics, resulting from the eagerness he saw in students to readily pursue research and work in the newly forming field of physical chemistry, and for his A Comprehensive Treatise on Inorganic and Theoretical Chemistry, which contains a well-honed digression on affinity chemistry.

Overview
In 1922, Mellor, in his A Comprehensive Treatise on Inorganic and Theoretical Chemistry, gives a well-honed digression on the transition between affinity chemistry and the newly-forming subject of modern chemical thermodynamics (1920s); for example, he correctly defines driving force as such:

“Chemical affinity can be regarded as the driving force of a chemical reaction.”

On affinity and its various synonyms, Mellor comments:

Quotes | Employed
The following are quotes employed by Mellor:

“Substance is like a river in continual flow; the energies undergo constant changes and do work in infinite variety. There is hardly anything that stands still or remains still.”

“That matter and power are the principles of each body is clear, for having taken away all the accidental forms, we arrive at length at substantial form which, being abstracted per intellectum, there remains a something very occult which is prima material.”

— Albertus Magnus (c.1270), The Generation of the Elements (De Generatione Elementorum); cited by Mellor in section on matter and energy (1922)

“All physical science starts from certain postulates. One of them is the objective existence of a real world.”

Education
In 1899, Mellor completed a degree in chemistry, with first class honors, at Otago University, New Zealand, after which he was awarded a research scholarship to the University of Manchester.