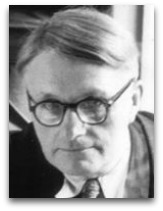 In existographies, Joseph Needham (1900-1995) (CR:25) was a British biochemist (chnopsologist), embryologist, sinologist, Chinese chemistry historian noted for various publications in attempt to reconcile the tendency to disorder view of the second law with the tendency to order view of biological and social evolution and for being a mentor to English human chemistry historian Jeremy Adler.

“For the astronomers and the physicists the world is, in popular words, continually ‘running down’ to a state of dead inertness when heat has been uniformly distributed through it. For the biologists and sociologists, a part of the world, at any rate is undergoing a progressive development in which an upward trend is seen, lower states of organization being succeeded by higher states. For the ordinary man the contradiction, if such it is, is serious, because many physicist, in expounding the former of these principles, the second law of thermodynamics, employ the word ‘organization’ and say it is always decreasing.”

Here, Needham points out that the view promoted by the physicists, that organizations or orderings in nature are always decreasing, is a serious contradiction to the common sense the ordinary man who sees processes as striving for order socially and biologically.

In 1942, Needham penned “Evolution and Thermodynamics: a Paradox with Social Significance”, a paper in the construction of which he consulted a number of leading thinkers, including English thermodynamicist Edward Guggenheim and a "Professor Polanyi" (Karl Polanyi or Michael Polanyi?), among others, on the problem of the seeming contradiction between the second law and the progressive development seen in biology and sociology. [4]

Needham, somewhere in his 1943 Time: the Refreshing River (Essays and Addresses, 1932-1942), differentiates thermodynamic order from biological organization, discussing entropy as “mixed-up-ness” and “separatedness”. [4]

Steam engine | History
In 1963, Needham, in his the ‘Pre-Natal History of the Steam-Engine’, according to where the origin of every single part of the compound mechanism is discussed and traced (boiler, cylinder and piston, double acting principle, crank and rod transmission, etc.). [6]

In 1987, Needham, in his chapter section "Gunpowder as the Fourth Force: its Role in the History of Steam Engines", the culmination his five-volume Science and Civilization in China, attempted to connect the invention of gunpowder by the Chinese to the first gunpowder engines by Leonardo Da Vinci (1508) and Christiaan Huygens (1773) and others to follow. [6]

Human chemistry
Sometime in the mid 1970s, English graduate student Jeremy Adler joined the outfit of historians of science in England, including: Joseph Needham, Walter Pagel, Roy Porter, Nick Jardine, and others, interested in linking literature and science, to pursue research on the usage of affinity chemistry by Goethe in his 1809 novella Elective Affinities. Needham references Adler’s history of affinity chemistry work in multi-volume 1954-1995 Science and Civilization in China in his chapter concerning Chinese affinity theory. [3]

Education
Needham completed his BS (1921), MS (Jan, 1925), and PhD (Oct, 1925) at Cambridge University, after which he did work in biochemistry and embryology. In 1948, he switched focus to the history of Chinese science, staying in this field until his retirement in 1990.
-
Quotes | On
The following are quotes on Needham:
-

“Like Marx, Joseph Needham (1935) argued that ‘the Carlylean tendency to regard the history of science as a succession of inexplicable geniuses arbitrarily bestowing knowledge upon mankind has now generally been given up as quite mythological. A scientific worker is necessarily a child of his time and the inheritor of the thought of many generations.”

Quotes | By
The following are quotes by Needham:

“We cannot make any sharp line of distinction between the living and the non-living. At the level of the submicroscopic viruses, they overlap. Some particles show some of the properties of life but not others. Some ‘dead’ protein molecules are much bigger than the particles of some ‘living’ viruses. Particles which show the properties of life can be had in paracrystalline, and even in crystalline, form. There are many similarities between the morphology and behavior and crystals and the living organism.”

“From this point of view [categories of organization and energy as replacing the more ancient concepts of form and matter], there can no longer be any barrier between morphology and chemistry. We may hope that the future will show us, not only what laws the from of living organisms exhibit at its own level, but also show how these laws are integrated with those which appear at the lower levels of organization.”