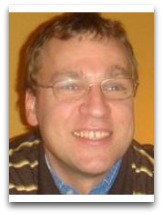 In existographies, Josip Stepanic (1970-) (SNE:7) (CR:29) is a Croatian physicist noted for a number of sociological thermodynamics papers, in 2000 to 2007, modeling social systems and economies via thermodynamic formalism, using concepts such as social free energy, among others.

Overview
In 2000, Stepanic, published his “Approach to a Quantitative Description of Social Systems Based on Thermodynamic Formalism”, co-authored with Hrvoje Stefancic, Mislav Zebec, and Kresimir Perackovic, wherein the sought to base social potentials on thermodynamic potentiss, the abstract of which is as follows: [1]

Education
In 1995, Stepanic was a research and teaching assistant at the faculty of science of the University of Zagreb, in 2003 he completed his PhD, and in 2006 he became a professor of mechanical engineering, at the University of Zagreb. [2] Stepanic is currently the editor-in-chief of the Croatian bi-annual thermodynamics-content journal Interdisciplinary Description of Complex Systems. [3]

“Recently, the application of quantities of thermodynamic origin for social system description occurred in which the free energy is used along with entropy (Dragulescu and Yakovenko, 2000; Mimkes, 2000; Stepanic et al., 2000; McCauley, 2002; Muller, 2002). In these works, authors interpret the free energy in social context as proﬁt in economic processes (Dragulescu and Yakovenko, 2000), common happiness or common benefit (Mimkes, 2000), or as a part of complete thermodynamically based formalism without a speciﬁc meaning (McCauley, 2002; Muller, 2002). Furthermore, it has been specifically described as a measure of possible social actions in relatively stationary social system states, i.e. a measure of iso-structural social actions (Stepanic et al., 2000). The stationary state means a state describable using time-independent quantities. In all these cases the social analogue of free energy is close to material and immaterial surplus of resources. The measure of iso-structural social acting provides information about what activities can happen in a given social system, without a signiﬁcant change of the system structure. Therefore, it is analogous to a measure of the quantity of work obtainable from some physical system in that its initial and ﬁnal states are in equilibrium. That recognition led to its description as social free energy. Nevertheless, the similarity between social and thermodynamic free energy is not complete. Thermodynamic free energy is accompanied with the ﬁrm formalism. In the social system context we are not aware of explicitly written, appropriate equations of state, although their existence has been discussed (Bailey, 1994).”

“I have just recently found out about the EoHT—a truly marvelous project! I did not think that it could be possible for someone to be able to conduct such a demanding project, but the result itself proves it is possible. Thank you for Hmolpedia.”
— Josip Stepanic (2009), “Email to Libb Thims”, Apr 13

“Originally I assumed or believed that everybody thought like I did [or like we do]; I soon, however, found this not to be the case.”