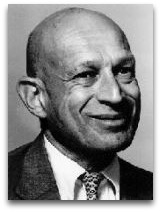 In existographies, Julian Simon (1932-1998) (CR:5) was an American economist, noted for
-
Overview
In 1981, Simon, in his chapter “Grand Theory, section: Entropy and Finiteness: the Irrelevant Dismal Theory”, of his Ultimate Resource 2, attacked Herman Daly, Nicholas Roegen, and Paul Samuelson for their generally incorrect use of thermodynamics in economics. [1]

In 1991, Simon, in his “Entropy and Energy Accounting: are They Relevant Concepts?”, talked about the use and abuse of energy and entropy in economics, similar, in a toolism sense, how people, historically, have abused the uncertainty principle and relativity principle [4]
Boundary

On the boundary issue, however, meaning that entropy is typically formulated for closed or isolated systems (with boundaries), and that one must find a boundary in human thermodynamic formulations, Simon correctly comments on this difficult issue in saying that “it is quite unclear where the boundary should be drawn for discussions of the quantity of energy, or if there is any relevant boundary.”

Objections
Simon soon came under attack for his suppositions that the second law was irrelevant to the growth and development of humans over the next seven billion years. Garrett Hardin wrote to him “I am appalled at your omission, misunderstanding, or denial of the second law of thermodynamics, conservation laws, the idea of limits.” Paul Ehrlich wrote “One wonders if Simon could not at least find a junior high school science student to review his writings.”

Quotes | On
The following are quotes on Simon:

“The I am appalled at your omission, misunderstanding, or denial of the second law of thermodynamics, conservation laws, the idea of limits.”

“One wonders if Simon could not at least find a junior high school science student to review his writings?”

“On Simon’s world, the laws of thermodynamics do not operate.”

Quotes | By
The following are quotes by Simon:

“The concept of ‘entropy’ is unquestionably valid and relevant for a closed container in the laboratory. It may also be relevant for any larger entity that can reasonably be considered a closed system. But it is quite unclear where the boundary should be drawn for discussions of the quantity of energy, or if there is any relevant boundary. It is clearly wrong to say that ‘as to the scarcity of matter in a closed system, such as the earth, the issue may, in my opinion, prove in the end more critical than that of energy’ (Roegen, 1979): the earth is NOT a closed system because both energy (from the sun) and matter (cosmic dust, asteroids, debris from many planets) constantly rain down on the earth. Perhaps the solar system will prove to be an isolated system for some period in the future, conceivably for the entire life of the human species. But even then, it will last perhaps seven billion years. And the chances would seem excellent that during that span of time humans will be in touch with other solar systems, or will find ways to convert the matter on other planets into the energy we need to continue longer. So, with respect to energy there is no practical ‘boundary’ surrounding any [economic] unit of interest to us. And without such a boundary, the notion of entropy in the large is entirely irrelevant to us.”

“There is in me a pixy-ish (or quixotic) propensity to make it even more difficult than necessary for you to believe the ideas herein. In that spirit: Paul Samuelson, the first American Nobel Prize winner in economics, called Georgescu-Roegen ‘a scholar's scholar, an economist's economist’ in an admiring foreword to a 1966 book of Roegen's that Samuelson says is ‘a book to own and savor’. In my view, this just shows how great talents can swear to nonsense when the nonsense is framed in the ‘difficult art’ (Samuelson's phrase) of mathematical economics.”

“Concepts of physics are frequently misused by those whο become intoxicated by casual acquaintance with them. After Einstein discovered the principle of special relativity, college sophomores and trendy preachers cited the principle as "proof" that "everything is relative". And after Heisenberg discovered the uncertainty principle, social scientists, humanists, and theologians seized on it to "prove" that certain kinds of human knowledge are impossible. The concept of entropy and the associated second law of thermodynamics have yet a longer history of abuse -- even by physicists, who should know better. As far back as 1910, America's greatest philosopher -- William James -- felt the need to disabuse America's greatest novelist -- his brother Henry -- of the idea that the second law had portentous social implications.”

“The situation of the [economic ‘energy account-ants’; see: energy accounting] resembles a couple of ants sitting on the jungle floor, hesitating to eat a leaf lest they hasten the disappearance of the forest. And if one of them says, "We're only two small ants, and the forest is so large," the other replies, "Yes, but what if all the ants thought that way?" The ants' actual knowledge of the life cycle of the forest may not be much inferior to humans' present knowledge of the life cycle of the set of universes that may exist?”