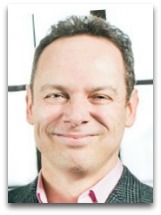 Musolino also found that among soul believers, 61 percent believe the soul is separate from their minds. Musolino also polled his students with the following: [2]

finding that 74 percent did not agree with this statement.

Here, of note, we are reminded of the Stephen Asma (2010) soul discussion in class quote (below) and the 2010 bioengineering hand-written student reactions (Ѻ) Libb Thims UIC talk on human thermodynamics; the most direct of which being:

“In the beginning, I thought this seminar on human thermodynamics would be interesting. At first, I though he was going to talk about thermodynamics IN the human body as a physiological view, rather than an emotional and social view. When he started talking about finding a future spouse and morals defined though thermodynamics, things became a little funny. I believe thermodynamics can ONLY be function in man-made things: mechanical items (such as vehicles), combustion, politics, and stuff. However, things like morals and love go further beyond thermodynamics. It can perhaps be argued to a certain point that thermodynamics can explain these phenomena. But, if thermodynamics can’t even be fully explained in the body, how can it explain the mind and the soul? ”

In 2013, Musolino repeated the repeated the experiment on 220 undergraduate students, with the same soul questionnaire, finding that 88 percent were soul believers, and also, that when queried with the follow-up question, about where they believed their soul came from, 73 percent said that "god gave it to them". [2]

In 2015, Musolino, in his The Soul Fallacy: What Science Shows We Gain from Letting Go of Our Soul Beliefs, attempts to platform off Francis Crick’s 1994 asoulism hypothesis, namely that: that traditional conceptualizations of the soul as a non-material being must be replaced by a materialistic understanding of how the brain produces mind, to argue something to the effect that “the soul probably doesn’t exist”, but that we “can preserve a meaningful conception of “moral responsibility in a soul-free world.” [1]

Difficulties
A few salient difficulties, noticeable, in Musolino’s presentation include:

“Nothing gets lost, morally, spiritually, or aesthetically, by giving up our soul beliefs.”

Here, supposedly, like Sam Harris, we are to replace soul belief by spirituality belief, as though one were somehow different than the other?

“If such great minds—such as Plato, Descartes, Leibniz, Locke, Kant, Galileo, Newton, Karl Popper, and Wilder Penfield—believed in the soul, who are we to scoff at the idea of the soul? Someone could, of course, reply that other great minds, like Bertrand Russell and Albert Einstein, explicitly rejected the soul.”

Einstein, correctly, never “explicitly” rejected either god (see: Einstein on god) or the soul (see: Einstein on the soul). Secondly, while Russell, in his 1928 “What is the Soul?” (Ѻ), comes pretty close to jettisoning the soul, he never seems to “explicitly” reject the existence of the soul, in the form of the explicit statement: the “soul does not exist”; Russell, e.g., at one point, supposedly, described spirit as “matter in the gaseous state”. (Ѻ)

Quotes | Employed
The following are quotes employed by Musolino:

“I have made a ceaseless effort not to ridicule, not to bewail, not to scorn human actions, but to understand them.”

“No self-respecting professor of philosophy wants to discuss the soul in class. It reeks of old-time theology, or, worse, new age quantum treacle. The soul has been a dead end in philosophy ever since the positivists unmasked its empty referential center. Scientific philosophy has shown us that there's no there there. But make no mistake, our students are very interested in the soul. In fact, that is the main reason many of us won't raise the soul issue in our classes: The bizarre, speculative, spooky metaphysics that pours out of students, once the box has been opened, is truly chaotic and depressing. The class is a tinderbox of weird pet theories—divine vapors, god particles, reincarnation, astral projections, auras, ghosts—and mere mention of the soul is like a spark that sets off dozens of combustions. Trying to put out all these fires with calm, cool rationality is exhausting and unsuccessful.”

Quotes | By
The following are quotes by Musolino:

“At what point in the unbroken chain between primitive life-forms and human beings did the soul get added to the mix and why?”