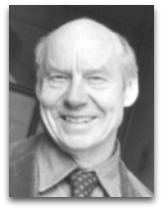 In existographies, Jurg Waser (1916-2002), or “Jürg Waser”, was a Swiss-born American mathematician and chemist noted for []

Overview
In 1966, Waser published Basic Chemical Thermodynamics, a simplified mostly non-mathematics (partial differential equations and partial molar quantities are avoided), which grew out of freshman chemistry class notes at Caltech, aimed at giving a thorough introduction to thermodynamics, before it is taken up again, e.g. in senior level physical chemistry class, chemical engineering thermodynamics, or other “expert thermodynamics” areas of study.

Education
Waser attended the University of Zurich, during which time, in 1939, he went to Caltech on a one-year exchange program, where at, per WWII reasons, he remained, completing his PhD in chemistry in 1944 under Linus Pauling. He taught mathematics and undergraduate chemistry at Caltech from 1945 to 1948 and 1958 until his retirement in 1975.

Waser’s time as a professor was divided between, firstly, his teaching duties, and secondly with extensive research in the field of structural chemistry, using the experimental methods of x-ray diffraction and his thorough knowledge of mathematics; he particularly enjoyed the concepts and notations of dyadics. He was one of the first to include 'restraints' in the least-squares refinement process. After his retirement, he turned more and more to questions involving basic thermodynamics, and often collaborated on this subject with his close friend, the late Verner Schomaker (also a past president of the ACA) and with Hans Kuhn of the Max Planck Inst. at Goëttingen, Germany on theories concerning the origin of life. [1]

“The strength of thermodynamics is that its relationships, e.g. between quantities such as pressure, temperature, and volume, are not affected by the changes to which microscopic explanations are subject even today. On the contrary, the conclusions of atomic and molecular theories must not contradict those of thermodynamics, so that thermodynamics can be used as a guide for as a touchstone in the development of microscopic theories.”

“Two bodies, A and B, are said to be of different ‘temperatures’ if they change their properties when in contact with each other, even though interchange of matter, or mechanical, chemical or electrical interaction is prevented. When a hot metal wire, e.g., is immersed in cold water, the wire is found to shorten, and the water changes its density. A third body C may be used to compare the temperatures of A and B without bringing A and B into direct contact. This is the role of a ‘thermometer’, and any suitable physical property of C, for instance its volume or electrical resistance, may be used to establish a temperature scale.”