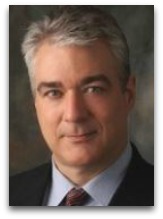 In hmolscience, Justin Lancaster (1955- ) is an American natural scientist noted, in evolutionary thermodynamics, for his 1989 article “The Theory of Radially Evolving Energy”, in which he argues that evolution is a function of energy itself, and that all energetic systems, including societies, evolve with the bounds of thermodynamics laws, whereby nonequilibrium thermodynamics, following Ilya Prigogine, is joined with ecological energetics and chemical evolution to reveal "a strong analogy between chemical, biological, social, and ecosystem evolution.” [1]

Radially evolving energy theory
A formative idea of Lancaster’s radial evolution theory, that a "strong analogy" between organismic and societal subsystems show an evolutionary trend, he put forward in an essay written in 1972 for a course in Comparative Politics at Case Western Researve University (CWRU), which followed his earlier studies of insect societies (see also: Klaus Jaffe). This seed idea then sparked to general level of energetic systems in 1980, following research session on geographic modeling of cities and comparing oxidation processes of rust and fires. Lancaster then applied to the Scripps Institution of Oceanography (SIO) in 1980 for purpose of further developing the theory, but his senior professors (Munk, Revelle and Keeling) deemed it too philosophical to be a useful research topic.

Lancaster went back to undergraduate studies at University of California, San Diego (UCSD) for two years, studying physics, biology, chemistry, thermodynamics, energy, mathematics and other topics, before gaining admission to SIO in 1983, in the chemistry group with Charles David Keeling's laboratory.

The first draft of the radially evolving energy paper was submitted in 1981-82 in a UCSD course with Professor Sanford Lakeoff, who judged the biological analogy as an "old idea" long since abandoned. Journal publication interest was lacking, so it was put aside for a few years. Lancaster then came back to the theory in 1987, struggling mostly with getting to a concise description in the Restatement section, filling out the literature review and adding to the discussion section, after which he submitted it to the International Journal of General Systems, who during the first round of reviews found the paper too “gloomy”; but, it was eventually picked up by Czech-American systems scientist George Klir, perhaps simply for the work that went into it.

Education
In the early 1970s, Lancaster began studies in mathematics and science at Case Western Reserve University, before gaining his B.A. in American Studies at Lyndon State College (1975). He attended Vermont Law School (J.D., 1978) and became a lawyer in VT at age 23. After turning back to science at USCD/SIO, he completed his MS thesis in 1985, worked a year with the U.S. Senate on environmental law issues, studied for a year with Dr. Ralph Cicerone at the National Center for Atmospheric Research in Boulder, CO, and then returned to SIO to complete his PhD research on using isotopic carbon tracers for modeling biospheric-atmospheric exchange of carbon dioxide. [2] He then pursued postdoctoral research with the California Space Institute with astronaut and professor Sally Ride and at Harvard University with physicist Richard Wilson, before branching out into corporate research and business.