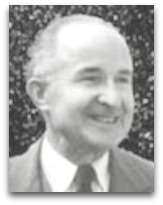 Education
Hujer, while on travel in the United States, but prevented from returning to his home country of Czechoslovakia, after the Munich Pact (1938), stated in the US becoming a professor of astronomy at the University of Tennessee at Chattanooga, retiring from that position in 1976.

Quotes | Employed
The following are quotes employed by Hujer:

“The first day of the first month is the first of the month Nisan; it corresponds to the 25th of March of the Romans, and the Phamenot of the Egyptians. On that day Gabriel saluted Mary in order to make her conceive the savior. I observe that it is the same month Phamenot, that Osiris gave fecundity to Isis, according to Egyptian theology. On the very same day, our god savior — Christ, Jesus, after the termination of his career, arose from the dead; that is what our forefathers called Passover, or the passage of the Lord.”

Quotes | By
The following are quotes by Hujer:

“The English word ‘Easter’ is distinctly derived from the Anglo-Saxon goddess of spring, Ostara; in the Saxon language, the month of April had the name Oestur-month.”

“It is evident that the celebration of this resurrection is symbolic of the return of spring, conditioned by the position of the sun exactly as it crosses the celestial equator, which is on March 21; 2000 years ago, this apparently occurred on March 25.”

“An analysis of our Easter rituals, which seemingly purport purely Christian significance, will reveal that similar miraculous events occurred in faiths of civilizations which preceded the Christian era by thousands of years. For example, Dupuis writes' that Krishna, the crucified Hindu Savior, rose from the dead. Similar stories circulated about Buddha' the Chinese Lao-Kium, and Zoroaster. Ovid's poem, written at the time of the Roman Emperor Augustus, describes Aesculapius, the ‘son of god’, as being put to death and being resurrected. Likewise, the savior Adonis or Tammuz, after being put to death, arose from the dead. Julius Firmicius, an eminent early Christian priest and scholar who lived during the reign of Constantine and therefore at the time of the Council of Nicaea (325 AD) gives an account of the rites of Adonis. He is struck by the similarity of the heathen mysteries with the Christian sacrament honoring the death and resurrection of Christ Jesus. Alexander Murray quotes the exclamation which the ancient Greeks used during their Easter festival: ‘Adonis lives and is risen again’. In our Christian Easter services, the name of Christ replaces Adonis. Bonwick, Prichard, and other authoritative writers agree that Adonis was to the ancient Greeks, Osiris, the Egyptian savior. Osiris, too, was put do death, whence he rose from the dad. The worship of Osiris was universal in Egypt prior to any similar worship in the Mediterranean region.”