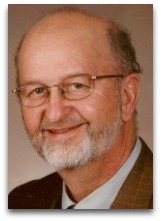 In human chemistry, Karl J. Fink (c. 1960-) is an American Germanic-literature professor noted for 1990s work on the chemistry of Goethe's human chemical theory, amid which he speculates on nine reactions likely employed by Goethe in his HCR theory.

Overview
In 1991, Fink, in his Goethe’s History of Science, noted Goethe’s studies in trinitarian chemistry, especially of Paracelsus and the chemical views of color, where nature was thought to be reducible to three principles, e.g. in chemistry: acids, bases, and a means of bonding, and argues that trinitarian chemist or the three principles theory of chemistry evolved into 18th century affinity chemistry.

Fink also cites German science historian Jeremy Adler, with his 1987 An Almost Magical Attraction: Goethe’s Elective Affinity and the Chemistry of its Time, who, according to Fink, “has provided the most detailed study of Goethe’s research in the history of chemistry, particularly “Zur Geschichte der chemischen ‘Verwandtschaft’ (The History of Chemical Affinity).”

In 1999, Fink gave a conference presentation turned book chapter “Goethe’s Intensified Border”, in which he gives explication and discussion of nine of the thirty-six chemical reactions in German polymath Johann Goethe’s 1809 Elective Affinities. [1]

The first reaction of Goethe's novella, according to Fink, is a combination reaction, beginning with Charlotte (A) and Eduard (B) being described as being bonded by marriage, where the attachment AB signifies a human chemical bond:

This changes, according to Fink, with the arrival of the Captain (C), which triggers the second reaction, the Eduard detaching from Charlotte and bonding with his old friend the Captain:

The third reaction, according to Fink, is designed (by Eduard and Charlotte) to find a bonding partner for Charlotte, which is actuated by the introduction of Ottilie (D), Charlotte’s adopted niece, as discussed in Goethe's famous chapter four:

The fourth reaction, according to Fink, operates such that, following their natural inclinations rather than planned expectations, Charlotte (A) and the Captain (C) are attracted by common interest in landscaping and music, whereas Eduard (B) and Ottilie (D) bond in self-same patterns of each other with common headaches, music skills, handwriting, and habits of eating:

The fifth reaction, according to Fink, is that stimulated by illicit bonding, the married couple conceives a child in the images of elective affinities, creating what Fink calls a precipitate (P) or PPT, using Fink’s symbols. Fink gives the following chemical equation for this reaction:

In this last reaction, to note, there may be some error (and correction needed), in that many mechanism steps seem to have been grouped into an overall reaction; whereas human reproduction typically is described as a double displacement reaction. In any event, Fink states that this is the end to part one of the novella, where we find Charlotte pregnant with a baby conceived with her husband in the image of the Captain and Ottilie. Fink explains that the second part of the novel is a mirror opposite of the first or the negative undoing of the precipitate from the first half. At the pregnant threshold between parts one and two of the novella, according to Fink, “the experiment goes on, but the bonding unravels.” The sixth reaction, wherein Fink seems to be using subtraction signs (-), is that in which the Captain, having found suitable employment, leaves the estate:

This last reaction equation guess is not technically correct in a chemical sense, as negative signs are not used in reactants and products. Fink seems to be trying to employ the negative sign to indicate that the product C leaves the reaction system (container), which, in a modern sense, would be quantified energetically by a Gibbs chemical potential term. The seventh reaction, in Fink’s view, is that where the child drowns as Ottilie is rowing with him across the lake, which Fink writes as:

The errors here seem to be the use of the negative sign for the death of the child precipitate P and inclusion of the Captain in the reactants and products, as he left in reaction six. The eight reaction, in Fink’s view, is that after which we find Ottilie (D) starving herself in severe guilt over the drowning, Mittler, the family pastor, comes into the sceen, and hastens with a short talk on the seventh commandment (thou shall not commit adultery), which causes the Eduard-Ottilie union (BD) to separate, which Fink describes with the following ballpark reaction equation:

The ninth reaction, according to Fink, is that in which Eduard (B) dies under mysterious circumstances, leaving Charlotte (A) alone in the experiment in human behavior guided by chemical reactions of elective affinities:

Fink, supposedly, here is using a change of plus sign (reactants) to negative sign (products) to indicate that Eduard has died. In commentary, among other notes, Fink states that with the formation of the precipitate, the human chemical reaction was at its climax (highest point on the activation energy barrier), where nothing new could be formed and the reaction was irreversible, except for the removal of reactants, which are removed one by one in the second half of the novel.

Education
Fink completed his BA in 1982 at Wartburg College, Iowa, his MA at the University of Arizona, and his PhD at the University of Illinois, with a dissertation on Goethe, Herder, Weimar Classicism, and the History of Science. In 2010, Fink was a professor of German and the German-American exchange program advisor at St. Olaf College. [3]