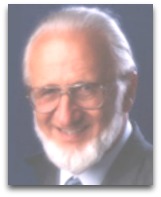 Overview
In 1991, Luckert, in his Egyptian Light and Hebrew Fire, alternatively titled: Egyptian Light, Hebrew Fire, Greek Embers, and German-American Smoke, presents a compelling and cogent summary, similar contextually to Gary Greenberg (2002), of the Egyptian underpinnings of the Christianity, along the way touching on topics, e.g., such as that while it has largely been assumed that Heraclitus was a was a haughtily independent scholar, that his thinking stems from a direction of Egyptian ontological heritage. [1]

“Heliopolis: While no land is holier than any other, there appears to be nevertheless one place on planet earth that qualifies as having been the religious and intellectual birth-place of Western Civilization. This place in ancient history was the city of Junu, in Egypt, dedicated to the sun deity and named ‘Heliopolis’ by the Greeks, and named ‘On’ in the Hebrew Bible.”

Religion
Luckert, as a youth, went to Sunday school, and studied the Bible, and ruminated on the puzzle of “Semitic anti-Semitism” after WWII. His writings style seems to belie an attempt to carry the idea of a “universal divine” (pg. 118) backward through Judaism, via the god Yahweh and into the Egyptian god Amen and Atum before that. He also comments that “the religion and priesthood of Amun outlived Akhenaton’s attempt at royal reintrenchment. And Egypt was probably better off because of it” (pg. 109) with footnote to Donald Redford’s comment, in his Akhenaten: the Heretic King (1984), that he judged the Akhenaten’s fascination for the sun disc Aten as constituting “atheism”. Luckert, therein, seems to be an open-minded closet theist with anti-atheism tendencies.

Education
Luckert completed his BA in philosophy at University of Kansas in 1963, then completed some type of study at the Evangelical Theological Seminary, Naperville, Illinois, in 1964, followed by an MA in 1967 in the history of religions, and PhD with a dissertation on “Mythical Geographies of the Dead in Melanesia”, both at the University of Chicago, and in 1999 became a professor emeritus at Southwest Minnesota State University. [3]

Quotes | On
The following are quotes on Luckert:

“Luckert’s Egyptian Light and Hebrew Fire presents an original thesis and supports it with a remarkable array of erudition. Its main thesis is that Christianity owes a great deal to ancient Egyptian religion, a debt which has been almost universally overlooked. Its scholarship is impressive, and it is interesting to read. In fact, it is difficult to put down if one has a serious interest in Christian origins or the relation of religion to philosophy.”

“The prominence in the texts of Asclepius, a thinly-disguised Imhotep, suggest an association with Heliopolis ... Although even the Pyramid Texts fail to set out the beliefs of Heliopolis systematically, why should we expect them to? After all, the people who mattered — the priests and worshipers — were already familiar with their own religion. The Texts do, however, allow the core theology and cosmology behind them to be reconstructed. The most successful attempt is found in Karl Luckert’s Egyptian Light and Hebrew Fire (1991), which isolates two related aspects: the overall understanding in the origins and nature of the cosmos, and its relationship to human beings.”

— Lynn Picknett and Clive Prince (2013), The Forbidden Universe: the Occult Origins of Science [4]

Quotes | By
The following are noted quotes by Luckert:

“As their lives and loves survive in memory among their offspring, their ka souls will continue to shine from the shadow play among the ba structures of this book.”

— Karl Luckert (1991), “In Memory” (pg. viii) of father Wilhelm G. Luckert, whose “restless mind harbored questions and doubts which the Karl imbibed in childhood”, and mother Emilie Luckert-Hilt, who passed while book was going to press; note: he seems to have “ka” associated with soul, whereas correctly the “ba” is typically translated as soul [1]

“The theological dependency of Christendom on ancient Egypt is much stronger than its theological link with the Hebrew tradition. The religio-political Christian gospel of the ‘kingdom of heaven’ owes some of its sparks to the ancient Hebrew fiery reaction to Egyptian imperialism.”