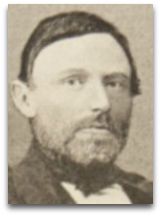 In thermodynamics, Karl Friedrich Mohr (1806-1879) was a German chemist noted for

Overview
In 1837, Mohr, in his “About the Nature of Heat”, stated the following:

“Besides the 54 known chemical elements there is in the physical world one agent only, and this is called Kraft (force). It may appear, according to circumstances, as motion, chemical affinity, cohesion, electricity, light and magnetism; and from any one of these forms it can be transformed into any of the others.”

This is often credited as one of the earliest statements of the conservation of force. [1] The term kraft, to note, is more often than not translated as ‘force’, albeit some references assert that this was an early statement of the conservation of energy, as the two are nearly synonymous. Mohr was an associate of Justus Liebig. [4]

In the 1860s, Mohr turned to thermodynamics, albeit, supposedly, in an amateurish way, and soon thereafter, in opposition to English physicist William Thomson’s 1862 heat death theory, came to be classified as being among the German anti-heat death scientists. Mohr, supposedly, viewed the universe to be in a state of equilibrium that would remain so. [2]

“There is no reason at all to take into account Clausius’ feared entropy of the world, or to the equalization of all motion into uniform heat. [On the contrary] one can claim with certainty that the maximum entropy already has been reached an infinity of time ago. Thus, it is evident that the assumption that the world has existed without a beginning rules out the feared entropy or return to an equilibrium state. Since the entropy has not set in, it cannot occur in the future.”