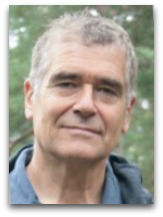 In hmolscience, Karl-Henrik Robert (1947-) is a Swedish physician noted for his 1987 to 1991 developed thermodynamics conceptualized four step model to sustainability, or something along these lines.

Overview
In 1987, a United Nations conference which introduced environmental concerns to the political sphere, which initiated Robert to developed a natural step framework, setting out four “system conditions”, supposedly derived from the laws of thermodynamics, for the sustainability of earth. [2]

In 1991, Robert produced a thermodynamics-structured “natural step” theory of societal sustainability, based on cyclical growth, rather than linear. [1]

Education
Robert received his MD in 1975 and his PhD in 1979, generally focused on leukemia and its pathological connection to the environment.