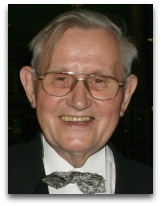 In human chemistry, Kaspar Bott (1933-) is a German organic chemist noted for []

Overview
In 2001, Bott, in his April fool’s day News in Chemistry article “Humans, All Too Chemical”, the abstract of which is:

“Why do we not finally get serious about the revaluation of our values?

which would seem to give indication that Bott is thinking along the lines of upgrading our current secular morality system by the physical chemistry based "moral symbols" Goethean philosophy model. In his article, Bott platforms off German polymath Johann Goethe’s 1809 human chemical theory, as presented in his physical chemistry based novella Elective Affinities, touching along the way: Friedrich Nietzsche on “revaluation of our values” from the chemical perspective, Ludwig Boltzmann, Willard Gibbs on “free energy”, Arthur Schopenhauer, and Plato and the unwritten chemical philosophy teaching that:

“Not everyone learns, as a youth, that Platonic love is nothing other than love without the bang.”

On the chemical thermodynamic work of American engineer Willard Gibbs, although the German-to-English translation is a bit wanting, Bott first mentions the so-called physical chemistry philosophy ideas of German philosopher Arthur Schopenhauer, namely the view that the “reduction to zero value of all passions should bring redemption”, then jumps to the following:

“Another step further in the direction taken was the scientist Josiah Willard Gibbs. According to the equation developed by him must as "free energy" designated driving force chemical reactions once to negative values ​​decrease, so these operations voluntarily can run. For most people, however, are words such as driving force or voluntarily symbol of all that is associated with pleasure, love and passion. Mr. Gibbs would have inconsequential as a misanthrope call fun in our society?”

which would seem to indicate that Bott is aware of the 1882 Goethe-Helmholtz equation transition of affinity chemistry to chemical thermodynamics, something very few in the English-speaking world, as of 2012, are aware of. [2] Bott goes on, however, to make a play on the technical term "negative values decrease", which means mathematically that Gibbs free energy must decrease in the system for a spontaneous reaction to occur, and comments that there is "too much negativity in the Swedish Academy of Sciences" in regards to winning certain a Nobel Prize in regards to some topic.

A Molecular Hermaphrodite
At the end of his article, Bott cites the following paragraph (by someone):

“The technology components are often called ‘female’ (eye, mother) and as ‘masculine’ (rod, screw) refers. By analogy one can also call molecules ‘male’ with such structural elements of and ‘female’ and speak of molecules containing both a ‘male’ and one ‘female’ end, have consequently called hermaphrodites and hermaphrodites. Such a hybrid molecule is a kind of loop and a rod-shaped part constructed and two of these molecules dimerize by threaded mutually the rod-shaped part in the eye of the partner molecule is. Pairings of such hybrid molecules were previously in solution to stabilize it.”

Education
Bott completed his BS in 1956, his MS in 1959, and his PhD with a dissertation in organic chemistry all at the University of Munich. From 1962 to 1964, Bott was an assistant Justus von Liebig professor at the University of Munich, after which he worked as an applied research chemist at the BASF laboratories AG, Ludwigshafen, and of Chemical Werke Huls AG, Marl until 1994.