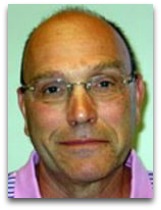 In hmolscience, Keith Robert Burich (c.1950-) is an American historian noted, in human thermodynamics, for a number of publications, from 1987 to 1991, on the physics-based history thermodynamics ideas and theories of Henry Adams, e.g. his social phase concepts; much of which seems to be a critique, extension, or rather continuation of American historian William Jordy’s earlier 1952 work Henry Adams: Scientific Historian.

Overview
In 1987, Burch published “Henry Adams, the Second Law of Thermodynamics, and the Course of History”,

Education
Burich completed his PhD in 1979, in history, with a thesis on “The Catholic Church and American Intellectuals: from Cooper to Santayana”, at the University of North Carolina at Chapel Hill. [2] Burich currently is a history professor at Canisius College.