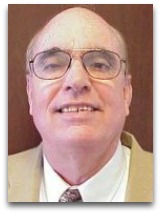 In hmolscience, Kenneth Bailey (1941-) is an American sociologist noted, in sociological thermodynamics, for his 1983 to 1990 effort to amalgamate Boltzmann entropy and Shannon entropy, in an incongruous way, to formulate a social entropy theory.

Overview
In circa 1980, Bailey began to conceive a theory that entropy applies to social phenomena; his theory is said to “draw quite heavily” from Austrian biologist Ludwig Bertalanffy’s 1968 general systems theory.

The “social entropy theory model”, according to Bailey, studies human actors as they interact in physical space within and across "societal boundaries" (modeled on thermodynamic boundary). Bailey reasons that one needs to be able to measure the state of a social system using a variable other than that of equilibrium, and postulates that such a variable is entropy, which he defines as a “measure of system structure that has both theoretical and statistical interpretations”. He states that “entropy is a sibling concept of equilibrium and generally subsumes it” and thus the concept of equilibrium can still be used when appropriate.

In 1983, Bailey, in his “Sociological Entropy Theory: Towards a Statistical and Verbal Congruence”, attempted to meld Boltzmann entropy and Shannon entropy into one package, to see to sociology, via a ride on the Shannon bandwagon.

In the 1980s, Bailey’s efforts to quantify social systems began to turn towards a thermodynamics systems view of society, publishing papers such as “Equilibrium, Entropy, and Homeostasis”, Entropy Measures and Inequality”, among others. [4]

In 1990, Bailey, in his Social Entropy Theory, characterized the term social entropy, the result of decade long effort to understand and quantify the conception of a “social system” from a physics point of view, in a "social entropy theory". The book is a nonequilibrium approach of societal analysis using a mix of Ludwig Bertalanffy's general systems theory, Claude Shannon's entropy, and Rudolf Clausius' entropy. Bailey defines an "isomorphic complex system" as being comprised of human individuals as the components, interaction of these components, and the national (political) border of the country, with the latter serving as a boundary for social interaction. Bailey also included a section titled the "History of Social Entropy", in which he traces the use of thermodynamics and entropy in sociology from Pareto to Prigogine to Samuelson and others in the literature.

This is a common viewpoint, such as is popularized in the 1972 article "Thermodynamics of Evolution", but correctly the statement should be reversed, in that Prigogine's work is more applicable to phenomena such as Benard cell dynamics, whereas Gibbs' work is more applicable to chemical reaction studies, as in "love the chemical reaction". In any event, Bailey makes a readable effort in his theory.

Shannon entropy in sociology
Bailey seems to have scoured the literature to collect all publications that use the signal transmission entropy formula (Shannon entropy) of American electrical engineer Claude Shannon. Some of these are listed below:

● George A. Miller (1953) analyzed sociological organization via entropy and negentropy.
● Jerome Rothstein (1958) – argued for the equivalence of system “organization” and “negative entropy” of information theory.
● James Coleman (1964) – introduced an “entropy index” as a measure of diversity.
● Vittorio Capecchi and Frank Moller (1964-75) – used to classify the political participation of 108 Communist and Christian Democratic party workers.
● Walter Buckley (1967, 68) – mixes general systems theory and Shannon entropy; describing closed systems as entropic and open systems as negentropic; arguing that the equilibrium concept should not be applied to open systems.
● P. Pergler (1968) – applied to measuring the quality of prediction in sociological typology construction.
● Sandri (1968) – applied to the logic of classification.
● Feldman and El Houri (1975) – applied to a discussion of homogamy measures.
● McFarland (1969) – applied to the study of permeability of occupational workers.
● Vodakova and Vodak (1969) – conceived of a “vector entropy” for the study of the validation problem.
● Entwisle and Knepp (1970) – used to study the educational aspirations of high school students.
● Henri Theil (1967, 1970) – used to formulate his Theil index, a measure of economic of inequality.
● Frantisek Charvat (1970-73) – conceived of “semantic entropy” and “entropy of behavior”, eponym of the Havrda-Charvat entropy measure, Tsallis-Havrda-Charvát etc., in addition used general systems theory in his logic.
● Hauser (1975) – applied McFarland’s entropy measure to the study of social diversity.
● Horan (1975) – applied to the analysis of the structure of teaching opportunities in academic departments.
● Jay Teachman (1980) – used to measure population diversity.
● Allison (1978) – analyzed Theil’s measures.
● J. Magidson (1981) -
● Katakis and Katakis (1982) – conceived of “teleonomic entropy” to study hierarchies of living systems.

Difficulties on theory
The central difficultly of Bailey’s entire theory is that he seems to have no idea of what entropy is. In his 1990 book Social Entropy Theory, he devotes one paragraph to the symbol S and to Clausius, where he incorrectly states that “we symbolize entropy by S and change in entropy by dS [where] the degree of change in entropy is inversely related to q/T, where T is the temperature of the system and q is the amount of heat being added to the system.” [5] Taken word for word, Bailey thus defines entropy as:

which, of course, is incorrect. Certainly, this may have been a typo? But such a typo in a book entitled "Social Entropy Theory" is inexcusable. In any event, on this mis-understood footing, Bailey goes on to explain conceptions such as Le Chatelier's principle in terms of an information theory, the resolution of the Specerian dilemma in terms of Bertalanffy's general systems theory, and describes, for instance, coded messages as being "highly entropic" to the code breaker of the intercepted message, among numerous other convoluted ideas. On the issue of social boundaries, to cite another example, he makes nonsensical statements such as "Ceteris paribus, the lower the ratio of internal entropy to external entropy, the greater the task of boundary maintenance." To illuminate, by further example, Bailey’s misunderstanding of thermodynamics, he says: [6]

“Organizations are open systems … as such, they are not bound by the perpetual increase in entropy dictated by the second law of thermodynamics.”

In sum, the majority of Bailey's theory, for the most part, assumes an equivalence of Clausius entropy S to Shannon entropy H, and attempts to explain any and all sorts of distributions, which vary between zero and one (or log K), such as sex ratios, as having some kind of relation to information entropy or maximum entropy, in attempts at a weak unwritten connection to the second law. Almost the entire last half of the book is an attempt to show how any type data set, collected in various sociological studies, e.g. the sex distribution or ratio of faculty in a sociology department, can be put into a function of a logarithm and is thus entropy. Near the end of his book, after dozens of different studies and logarithm formulas, Bailey concludes: [6]

“Entropy [is] a basic generic measure of variation in any variable and as such easily related to virtually all of the statistics used in sociology. The inescapable conclusion is that H is entropy and not information, and that H and various other entropy formulations have great utility in sociology and will increasingly be used.”

It is difficult to express how corrupted this statement is, from a scientific point of view or thermodynamics standpoint. One may always wonder why Shannon acted (what his motives were) to seed this following?

Quotes
The following are quotes by Bailey:

“When I began studying the notion of entropy it became clear to me that thermodynamic entropy was merely one instance of a concept with much broader applications … I became convinced that entropy applied to social phenomena as well.”

Further reading
● Bailey, Kenneth. (1991). “From Thermodynamics to Sociology: The Changing Face of Equilibrium.” Paper presented at the Annual Meeting of the International Society for Systems Science, Ostersund, Sweden, June.