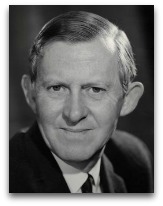 In existographies, Kenneth Denbigh (1911-2004) (CR:7) was an English chemical engineer, thermodynamicist, and philosopher of science, known as one of creators of near-equilibrium thermodynamics, known also for his applications in physical chemistry, and as a noted scientific investigator in problems of the metaphysics of time. Denbigh was the pioneer in the formulation of the concept of 'chemical reactor engineering', in the application of chemical thermodynamics to industrial processes, and in the detail investigation of the thermodynamics of the steady state. Denbigh was an associate of Russian physical chemist Georgi Gladyshev.

Thermodynamics
At the start of WWII, in September of 1939, Denbigh became head of the laboratories of the Royal Ordnance Factory at Bridgewater in Somerset. Here he found that he had to cope with both engineering and chemical problems, such that he had to consider the role of time in governing the operations. These considerations led him to the field of thermodynamics and to its application to problems of the rate of change of processes of all kinds. [1]

Denbigh wrote the many textbooks and monographs. The first was the short The Thermodynamics of the Steady State (1951). In this monograph, Denbigh investigated steady state near equilibrium prosesses in systems for which the state functions have the real physical sense. This was followed by his most famous 1955 The Principles of Chemical Equilibrium, a more conventional exposition of thermodynamics for students, going through four later editions, and many translations. He followed this up with the excellent 1956 textbook Chemical Reactor Theory.

In An Inventive Universe (1975) he argued that the personal sense of time was as valid a measure of its sense, from past to future, as any provided by the physical sciences. In 1981, he returned to this field in the monograph Three Concepts of Time (1981). These were focused on the usually reversible time of physics, the irreversible times of thermodynamics, and of mental time of human consciousness.

His fellow workers in the field of thermodynamics are most appreciative of his last book, written in collaboration with his son, Jonathan, Entropy in Relation to Incomplete Knowledge (1985). Here the authors discuss “that most slippery concept, entropy, and whether it should be considered to be a fully objective entity or whether it is subjective, and dependent on one's personal knowledge”. [2]

Evolution
Canadian zoologist Daniel Brooks and systems ecologist Edward Wiley claim that Denbigh, in his 1975 article “A Non-Conserved Function for Organized Systems”, assert that most processes relevant to thermodynamics have nothing to do with thermodynamics. [3] This, however, is most-likely misrepresentation, as this type of polemic is common to Brooks and Wiley.

Education
Denbigh completed his BS in chemistry at the University of Leeds in 1932 and his PhD in chemistry in 1934, at the same university, under English chemist Robert Whytlaw-Gray. He then went to work at the Imperial Chemical Industries for four years and in 1938 became a lecturer in chemistry at Southampton University.

“There is no conservation law which prevents changes in the number of connections. Thus, if the integrality of a system depends on the factor c there is no requirement from physics that this factor shall remain constant during the course of time even if the system is isolated. It might either increase or decrease. It would appear, in short, that the most significant processes which are studied in biology, the evolutionary processes, have no direct connection with thermodynamics”

“Although information theory is more compre­hensive than is statistical mechanics, this very comprehensiveness gives rise to objectionable consequences when it is applied in physics and chemistry. It remains true, nevertheless, that information theory can be of value in a heuristic sense. Notions about ‘loss of information’ can sometimes be intuitively useful. But they can also, like the comparable concept of ‘disorder’, give rise to mistakes. It needs to be kept in mind that thermodynamic entropy is fully objective and the same must apply to any other ‘entropy’ which is used as surrogate.”