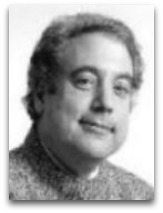 In hmolscience, Kenneth Friedman (c.1945-) is an American physicist, philosopher, and financial theorist noted, in economic thermodynamics, for 2003 attempt to extend the Benard cell molecular interaction model of Ilya Prigogine to economics.

In 2003, Friedman, in his Myths of the Free Market, modeled economies as nonlinear thermodynamic systems where people are viewed as interacting economically similar to the way the neighboring molecules of a Benard cell “cooperate” in their movement to dissipate heat.

Education
Friedman completed his MS in physics and PhD in the philosophy of science at MIT, after which, in 1973, on an American Council of Learned Societies fellowship, he then studied nonlinear thermodynamics under Belgian chemist Ilya Prigogine at the Free University of Brussels. As a student, Friedman states that he studied with science philosophers including: Imre Lakatos, Karl Popper, Abner Shimony, and Huston Smith, along with thermodynamicists including: Prigogine and Laszlo Tisza. Friedman then taught for twelve years at SUNY at Oswego, where he chaired the philosophy department. He then worked as a securities analysis and money manager, during which time he claims to have capitalized on a cyclic view of markets grounded in nonlinear thermodynamics. In 2003, Friedman was president of a publically traded company.